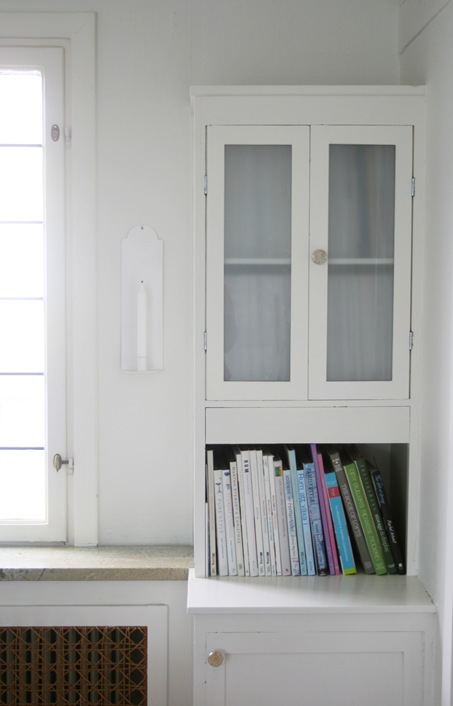 If you have a blog with a certain amount of readers you know what it's like to constantly be solicited by companies wishing you help them out by promoting their stuff. Most often with zilch in return for the favor.

A couple of months or so ago Reid got in touch and all he kindly asked for was some input via e-mail about his fairly new product and site. So after clicking away I discovered that I LOVE the potential of his product and am not so much in love with the look of his site. And I told him. Aside from pointing out some flaws (imho) on his site I also gave him a couple of ideas on how his product, personalized, custom knobs could be used in other ways than just on a dresser or on a kitchen cabinet and by the time I was done I REALLY wanted to try them.

So we were kind of on the reverse here, I was soliciting him into sending me some, haha! Not really though, we kind of mutually agreed that it would be fun for me to be able to make some as a thank you for checking out his site and giving him some constructive criticism. 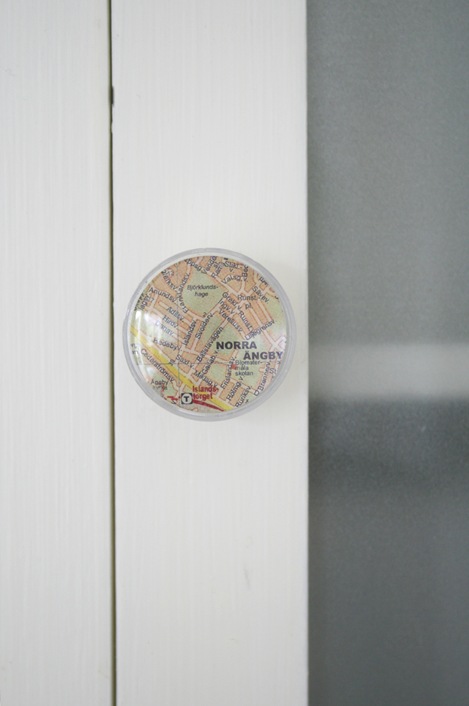 They arrived and look how cool they turned out! The four I have on the cabinets in the dining area are of the four areas in Stockholm where Martin and I have lived since we met. I think it’s such a cool idea to be able to make your own knobs. The possibilities really are endless.  My one criticism on the clear knobs is that they do feel a bit plastic and I wouldn’t put them on formal looking furniture but on our simple cabinets they work and the fact that they’re unique does make up for it. There is another finish called the Satin Yuba which has a nice metal look though so there is an option.

Here’s a square one I made for the cabinet in the stairwell that I just changed the fabric on. Unfortunately it doesn’t go with the Orla print which I got after I ordered the knobs so I’ll keep this baby with my other leftover knobs and handles in the garage. It will find a home one day! What it depicts? That’s the electrical scheme for the 1972 Beetle. Fitting for a cabinet that hides a jumble of electrical wires, cables and fuses, non?

Here are the rest of the knobs I had made. I’ve had a crazy busy weekend so I didn’t get a chance to get them all up as planned. Next weekend I’m off to see my mom so not much in terms of knobs is happening then but I’m hoping to get them up soon. Promise I’ll show you!

Ps. I love how the knobs came in a can.