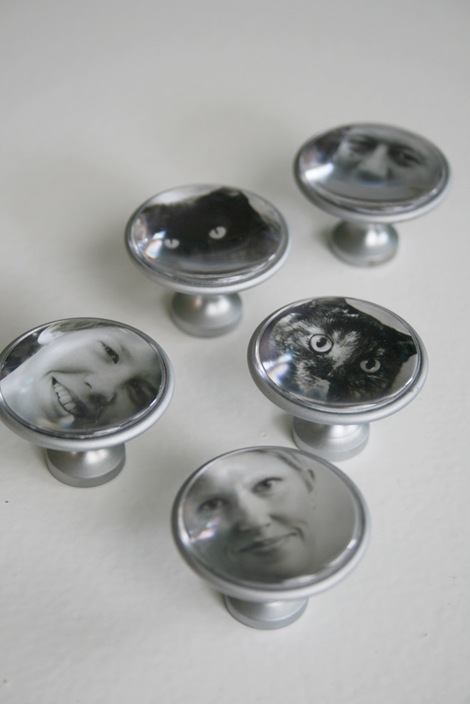 Remember the cool map knobs I had made a while ago courtesy of Ghostnest? I also got some black and white photo ones with our family portraits. These are the metal Satin Yuba ones I mentioned last time and they have a much more substantial feel than the clear Crystal Comal and Sky Hudson.

My project for the knobs was to make a new rack for Wille’s room. This is what I’m replacing. Functional but unexciting. 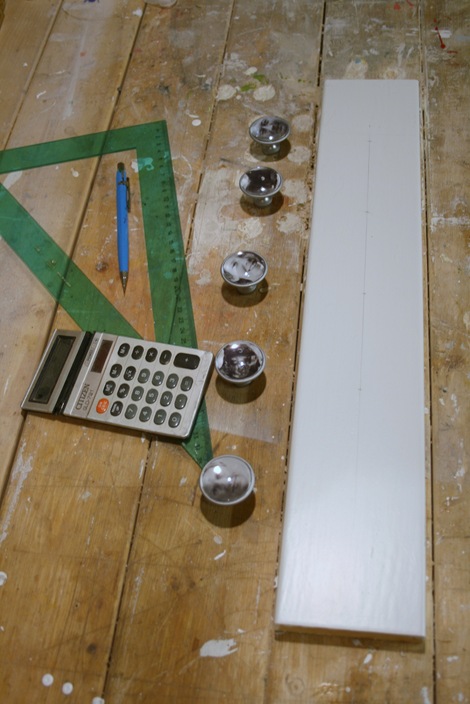 I had this piece of MDF lying about in the garage and lo and behold it was the perfect size and was painted white already. How likely is that? I took it and measured where the center was and then calculated width of the space between the knobs and marked that out in pencil. 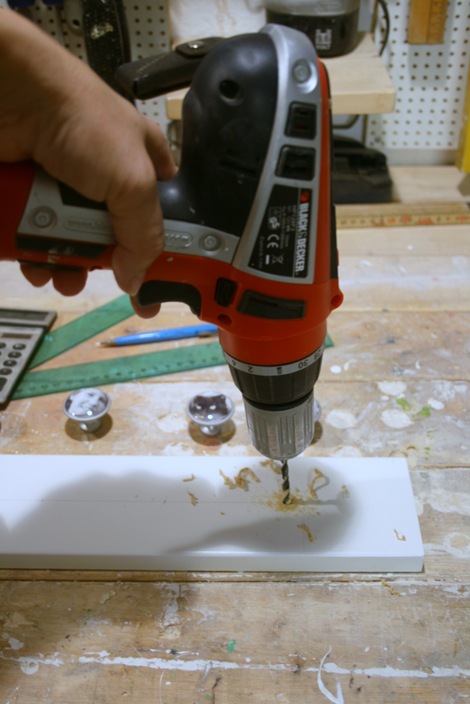 Then I drilled holes for the screws that came with the knobs. 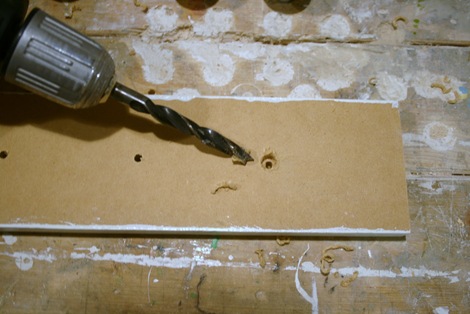 In order for the rack to hang flush against the wall I counter sunk the screw holes at the back by using a fatter drill bit and drill just enough to allow for the screw heads. 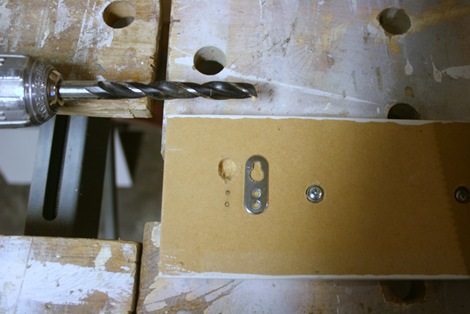 Then I used an even fatter drill bit to drill holes on either side at the back to allow for the wall screw heads to be inserted into the hanging plates.

… and used a narrow chisel to remove just enough of the inside to allow for the plates to be sunken, again so the finished thing would be flush against the wall. Then I added the two little crews that came with the plates. I had already added the knobs at the front of the board but it’s probably easier to screw them on at this point.

Yikes, I’m in a hurry! Just enough time for a sneak peek. Stay tuned until tomorrow for the full reveal!