Packing Away the Tree 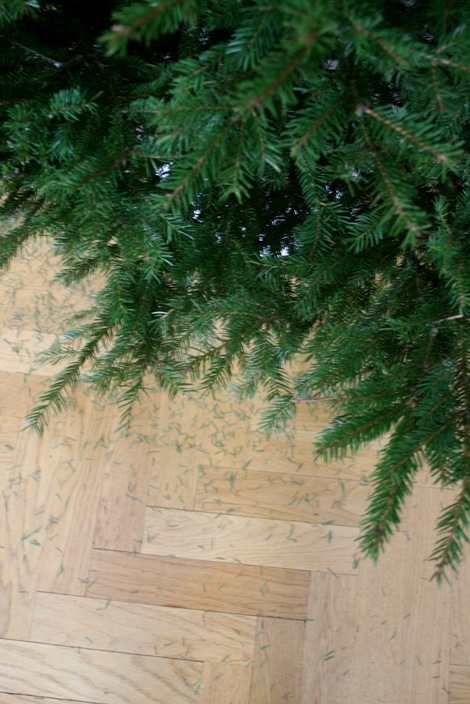 The tradition here in Sweden is to keep the Christmas decorations up until 20 days after Christmas Eve. That happens to be the name day of Knut (= knot, tihi…) so that day is called Tjugondedag Knut (tjugondedag = twenty day).

I’m not big on tradition that doesn’t work in real life. How on earth does one keep a tree up that already sheds its needles on Christmas Eve itself? I kept it until the day before yesterday and then out it went. I do still have some Christmas lights and string lights up and the Amaryllises that still have life in the stay until they don’t. I’m not sticking to the twentieth day for that though, I’ll remove the rest when I feel like it. 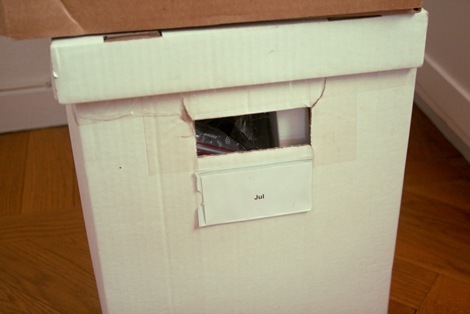 So when I brought the boxes up to pack everything back into I realized that the looked kind of too shabby. And that’s not in any chic way at all. Just shabby full stop. After rummaging around and reorganizing some blankets and extra unused throw pillow inserts I decided that those boxes would be perfect for all things holiday. 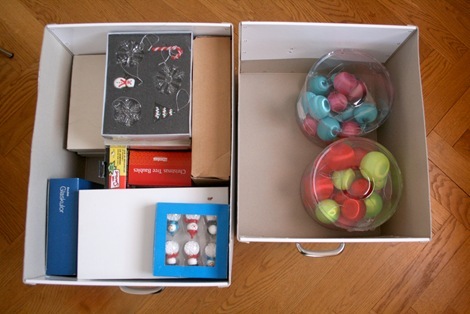 I like that they are completely square. I considered some rectangular tubs I have first but the sides are slightly sloping and since I have quite a few small square ornament boxes that need to go in the big box the space isn’t fully utilized.

Anyway I started out by putting all those square boxes inside one large box and the two large cylinders with ornaments from Target which I love in the other. The white and green ornaments where still on the tree when I took the photo but they later filled the cylinders to the brim. 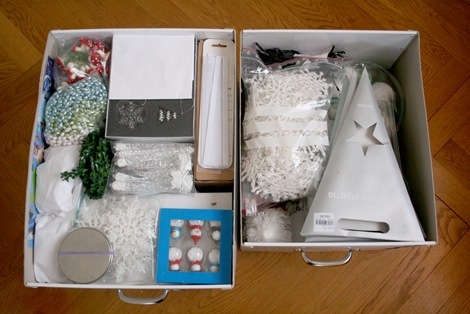 After all the larger things had gone in I added the unbreakables which I store in zip lock bags. The little piggies were wrapped in tissue paper towards the top and the tree lights went in next to the Target ornaments. Any ornament I know I’ll want to get out first for Advent next year also went toward the top such as snowflakes, mushrooms and beaded garlands. The cardboard triangles that you see at the top in the right box will later store the paper stars and the lights that go with them will to at the top of the box. 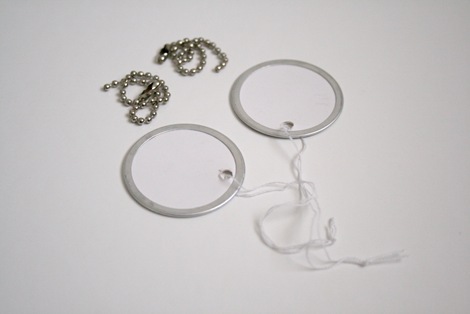 Since the boxes I used don’t have label holders I made my own little hang tags with the use of some metal rimmed labels and some ball chain thingies. 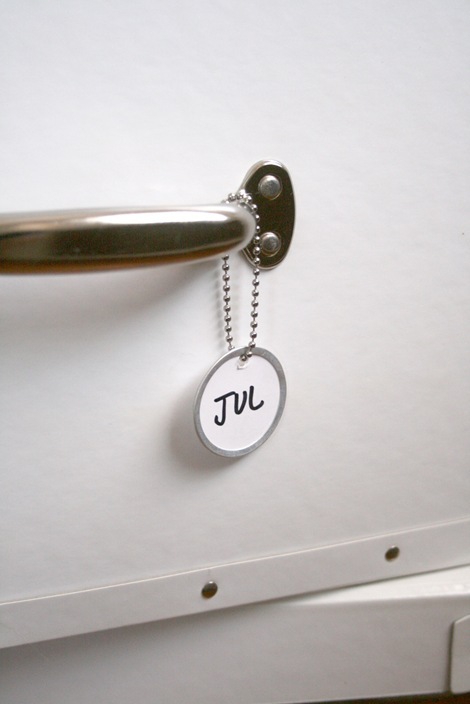 Good thing the word Christmas is only a three letter one over here so it fits nicely on my label. 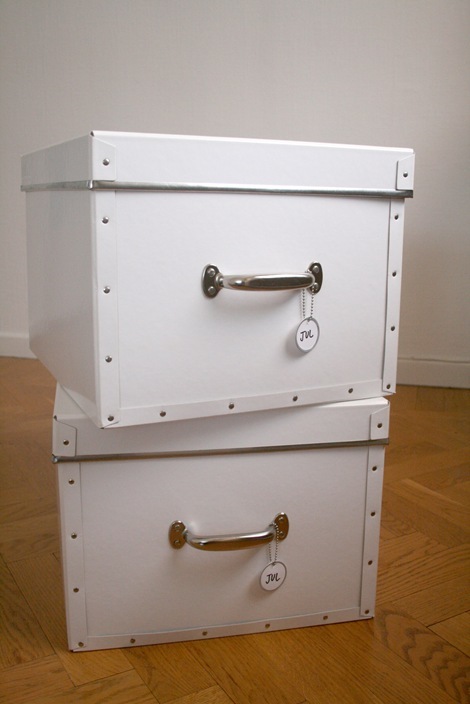 And there they are, two boxes full of all the stuff that I’m so eager to remove now but which I’ll be so eager to bring out again come November. 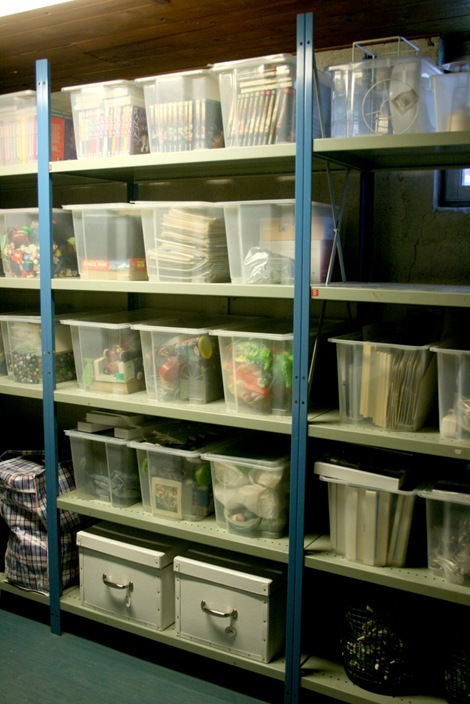 And there they are at the bottom of the shelves in the storage room. Perfect. 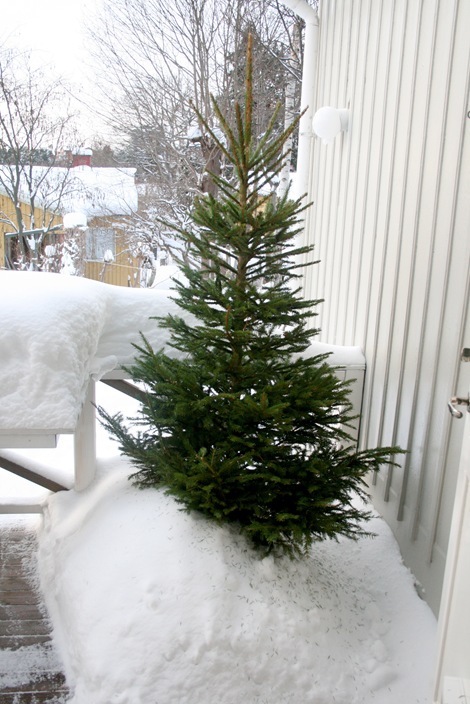 And that’s where the tree went. We can still see it from the living room and it’s propped up nicely in the snow on the balcony. Come spring I’ll use the branches to shade some of the delicate plants that don’t want to much harsh early sun and after that what’s left will be either burned if we do a fire or gets sent away to the big communal rubbish dump/recycling center/compost heap.

Do you still have your tree up? When is it tradition to take it down? Do you stick to tradition?