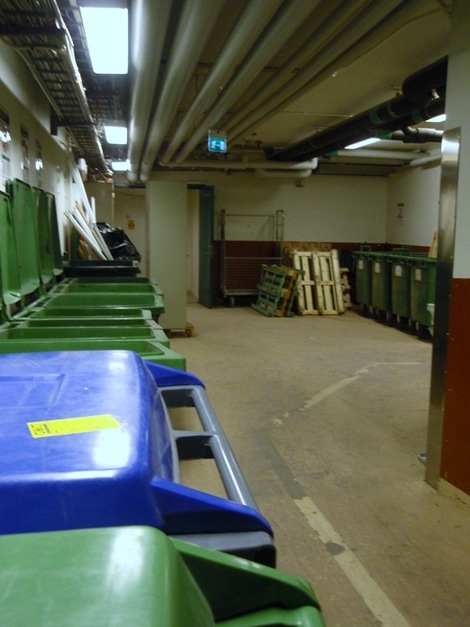 As Promised, a shot of the recycling area at work where I have found so many cool things. At first sight it looks very unexciting but on closer inspection those bins occasionally hold gems .

Here are a few of the things I’ve found there in the past: 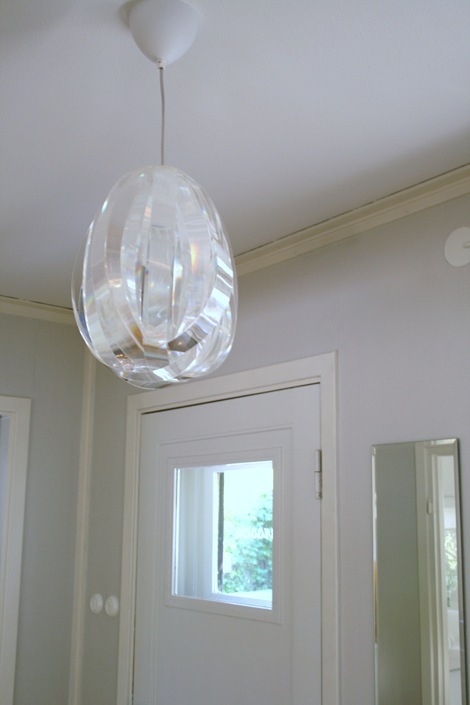 Several light fixtures. I added the plastic strips to this one to make it into a lamp for the hallway. 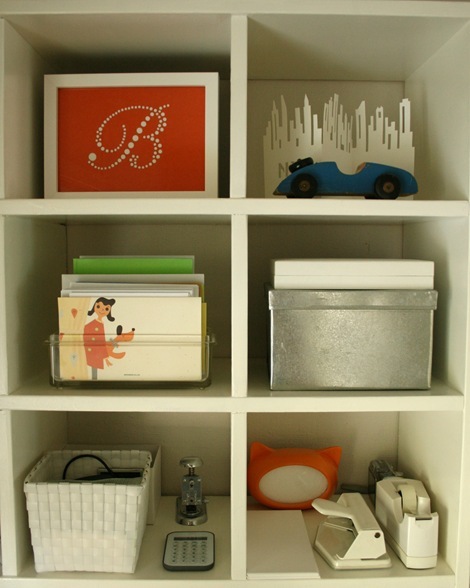 Lots of those tin boxes that you can see on the middle shelf there.  Someone in my office throws them into the metal recycling bin. Not clean like this though but completely taped over with packing tape. A nightmare to get the sticky stuff off but so worth it. Just the other day I noticed that Panduro sell boxes just like these. 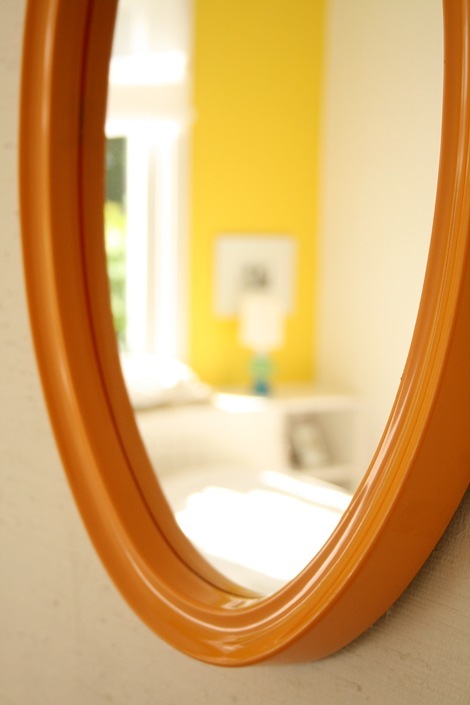 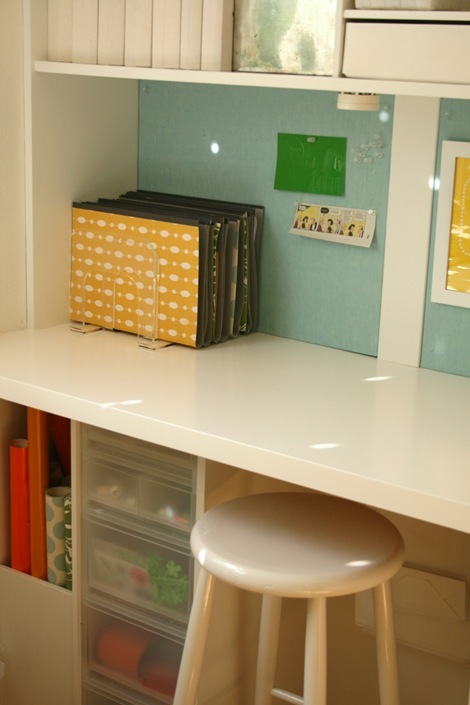 This orange plastic mirror which I love. Very seventies. And so is this Guzzini inspired file holder. 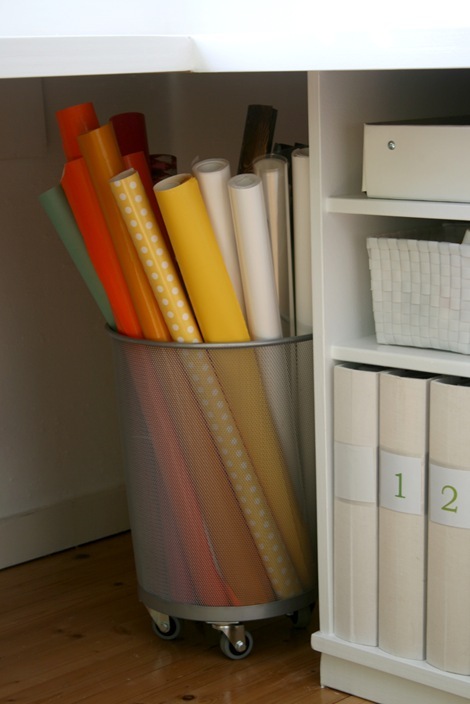 One day I couldn’t believe my luck when I found a whole bunch of these waste paper baskets. The were all stuck together which is I guess why they got tossed out. I spent an afternoon banging them apart with a rubber mallet and now I use one for my gift wrap (I added the wheels), one serves as it’s original purpose in Wille’s room and the rest hold all kinds of tall narrow things in the storage room. 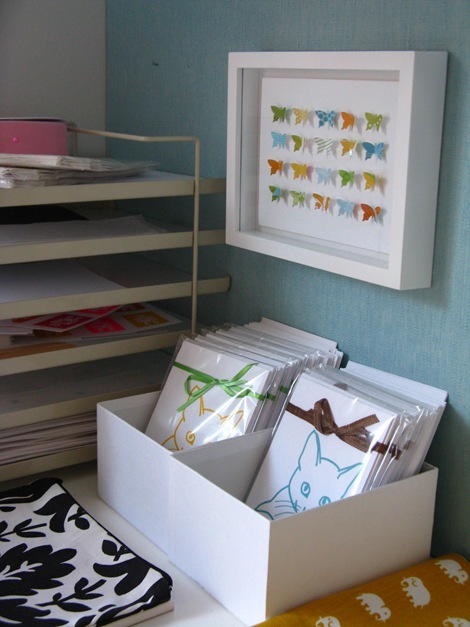 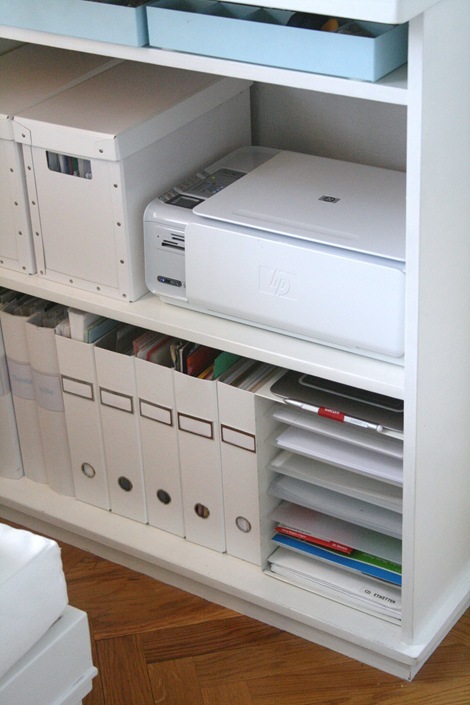 Because we are in an office building most of the things that get recycled are office related and I’ve found several great paper sorters. I usually update them by adding milky white Perspex sheets instead of the slide out brown or beige trays that usually accompany them. 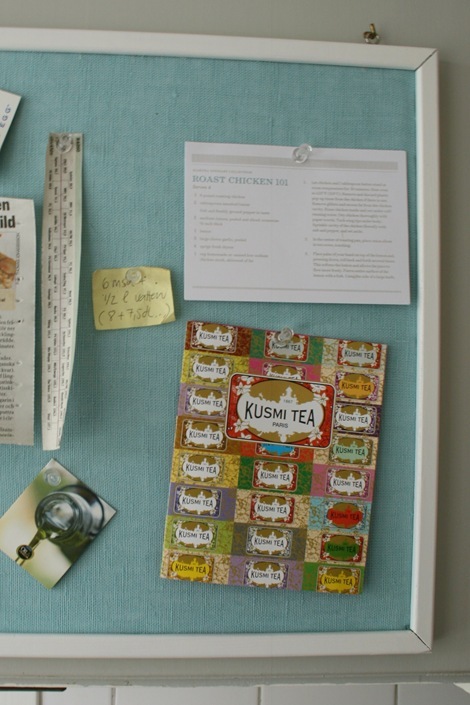 Other officy thing I’ve found are notice boards. Usually they are wooden, brown and boring but I take them apart, paint the frames and cover the boards with the fabric of my choice. Usually linen because you can’t see the pin pricks much on linen. 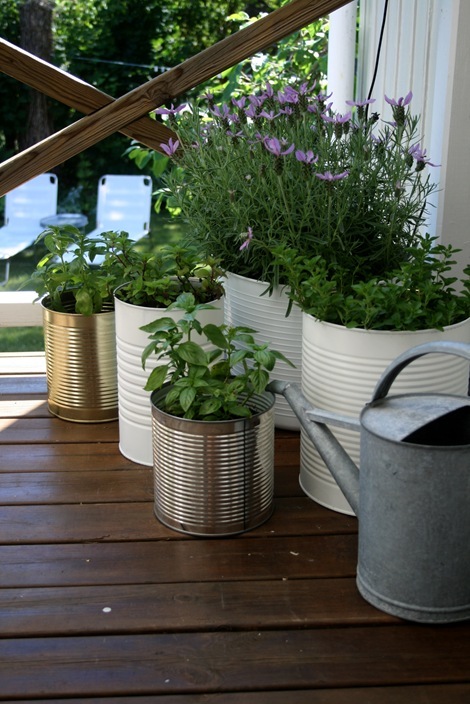 Here’s one of last summer’s great finds, large cans. I punched holes in the bottoms, painted some and left some as they were. They did rust at the end of summer so I’ve gotten rid of them now but I love the look and there are more where they came from so I might stock up again when the planting season starts.

So these are a few of my favorite finds from the recycling area at work. My co-workers sometimes give me funny glances when I bring this kind of stuff into the office, to safe keep until I can take it home. I don’t care. It’s free and it’s great!