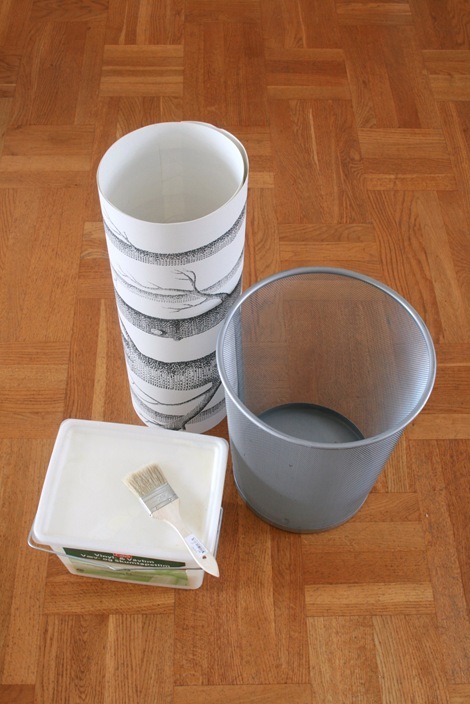 So the laundry room isn’t ready yet. Still missing some bits and pieces but I hope to get them done later this week. I’m working on the details though and one of them was the need for a trash can for lint. I had no idea there would be so much lint! I could fill a pillow with what the dryer has yielded so far!

Anyway, I had the can but wanted to spruce it up a bit so I got one of my all time favorite wallpapers and decided to cover it with that. Wasn’t sure how wallpapering the mesh surface of the trash can would work but thought I’d give it a go anyway. 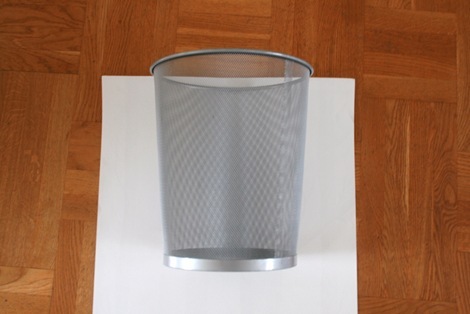 I started out by laying the can on the wallpaper and roll it from side to side on it to make sure I had enough paper to reach the rim on the sides too. 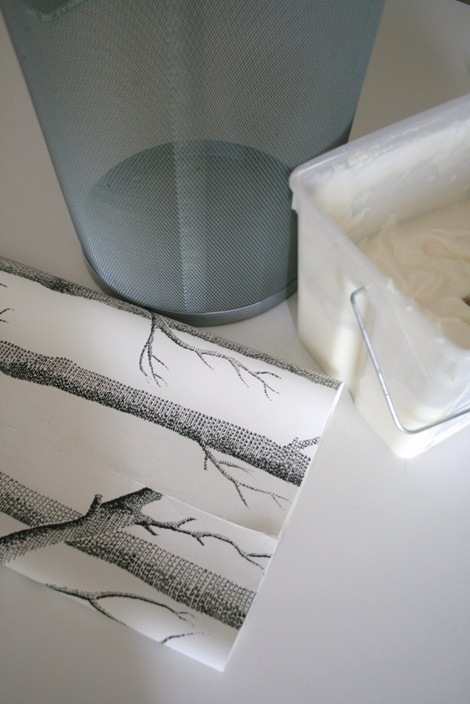 Then I added the wallpaper paste to the back of the wallpaper and folded the sides over towards the middle to let the paper soak in the adhesive and let that sit for about five minutes. 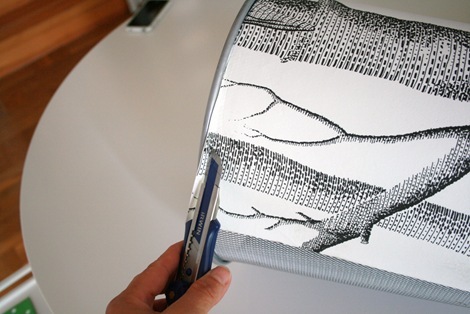 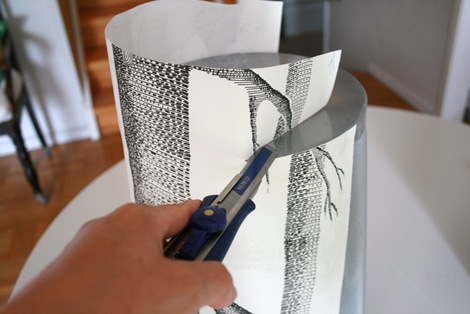 Then I opened the sides out and stuck the wallpaper to the side of the can and cut away the excess on the sides under the rim and smoothed the wallpaper out with a damp rag to make sure there wasn’t any glue on the outside. Then I cut the excess off the bottom. 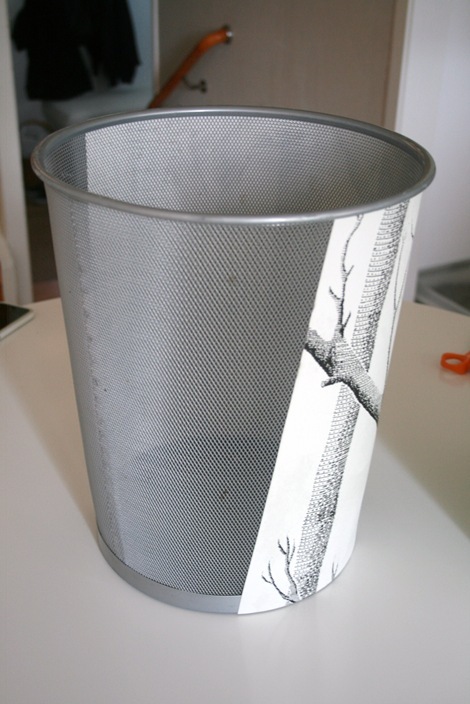 That left me with a partially covered can and the tapered sides made it a bit wonky looking but I figured not all trees grow dead straight in the woods either. 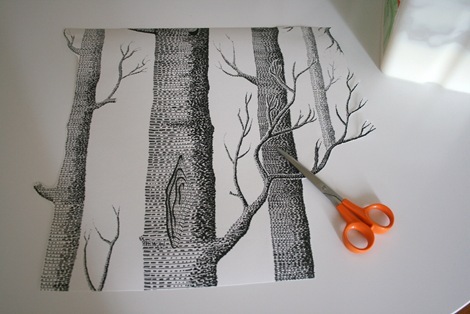 I didn’t want where the edges met to look too laid on top of each other so I cut some of the branches out on the sides and let them overlap other branches on the other piece instead. That worked out really well! 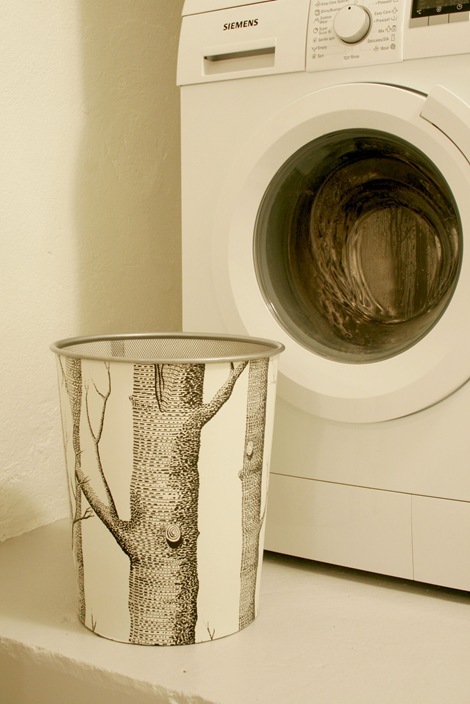 And here’s the finished can after letting it dry over night. I didn’t expect it to work out so well but the wallpaper is really stuck on hard to the metal mesh so I’m really pleased. Let there be lint!

And wohooo! It’s friday! Have a good weekend! I will! Exclamation marks!

Ps. Please excuse the huge white balance difference in the photos. That’s the thing I struggle with the most when taking pictures. I used my small camera for the how-tos (a camera which I can use with wallpaper pasty, paint covered or otherwise dirty hands) and the DSLR for the finished product. The results are simply not the same and I don’t know how to rectify the white balance in the short time I allow for editing post photos. If someone has any tips for me I’m all ears!