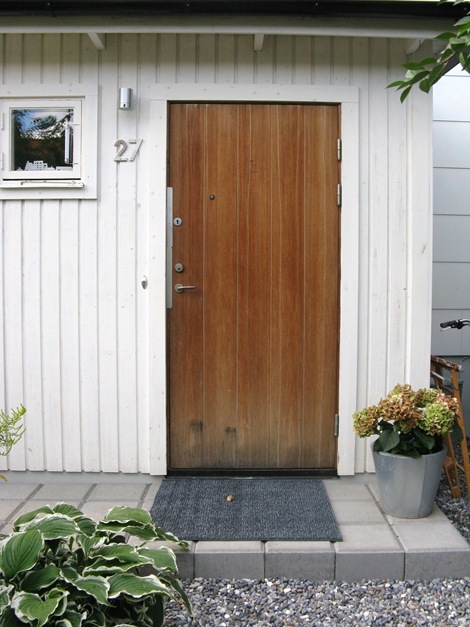 So with the new door step and the gravel I couldn’t very well leave that bit of Astro Turf there could I? 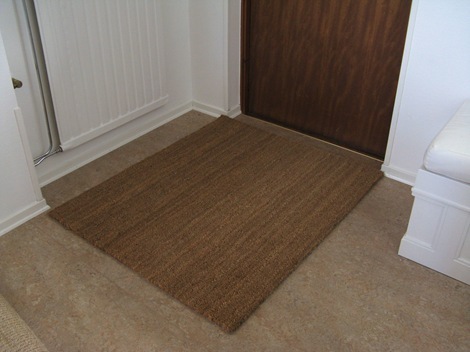 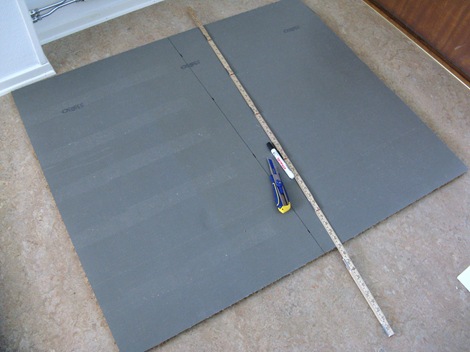 Again (when it comes to rugs) I thought long and hard of what I wanted and Mr. Google got really sweaty there for a while but in the end I opted for what I had at the old house, a simple coco husk mat which can be bought by the meter. I got a 1.2 meter piece which is 1 meter wide and drew a line down the middle. The idea was to use half outside and half inside. 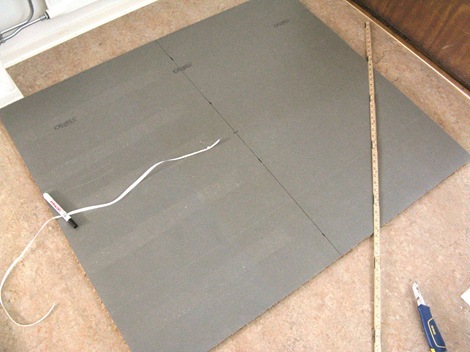 I wanted semi circles so I pressed a push pin with a string  with a marker at the end in the sideways center 10 cm (4 inches) away from the middle line. This was because the length of the mat is longer than the width and I wanted to use as much as possible of it and not waste any of the length. 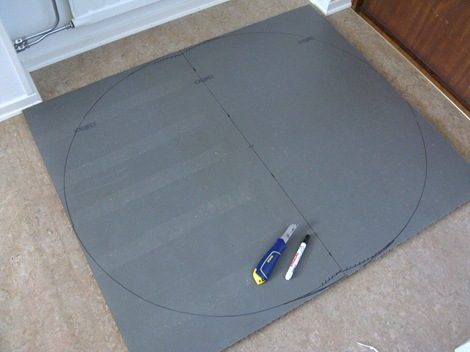 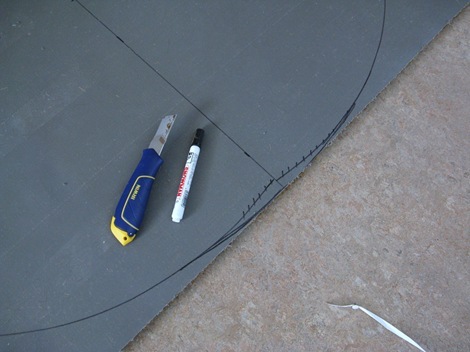 Then I used the marker to draw the first semi circle and moved the push pin to the other side and repeated. That gave me slightly curved ends which I didn’t want so I just free hand drew a straighter line. 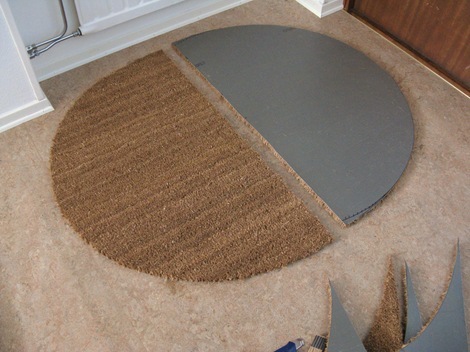 Here you can see what one looks like from the front and the other from the back after using a knife to cut along the lines. As you can see they don’t form a perfect circle but more of an oval which is fine by me. 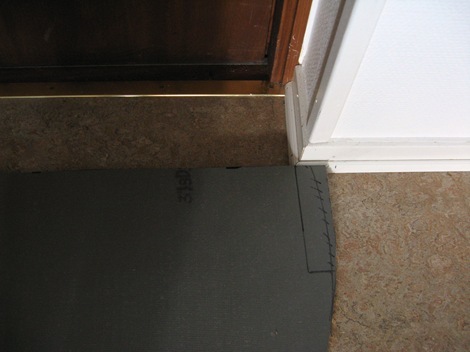 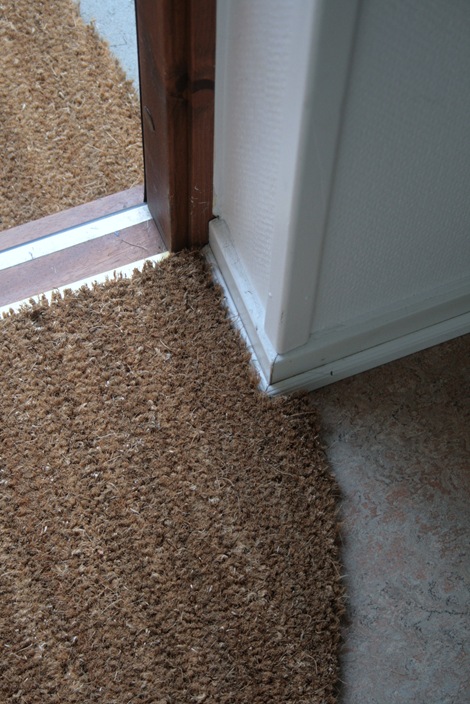 Because the inside doorway is less than a meter wide I marked and cut the inside mat accordingly. 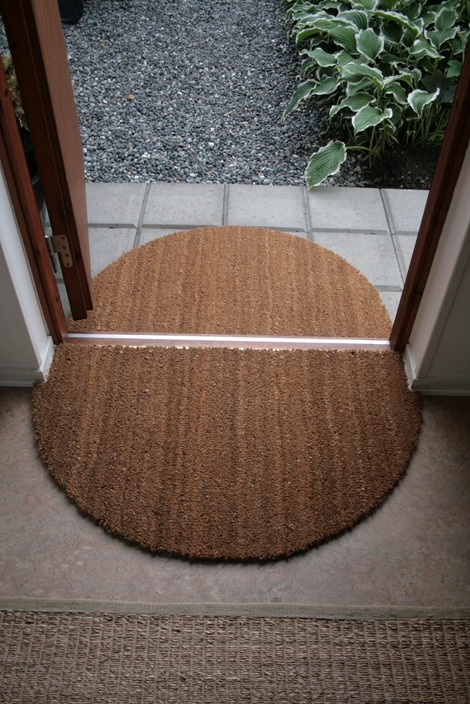 And this is what I was after. Something outside that would match what’s on the inside. It looks a little bit egg shaped here, but not in real life, it’s the odd photo angle. 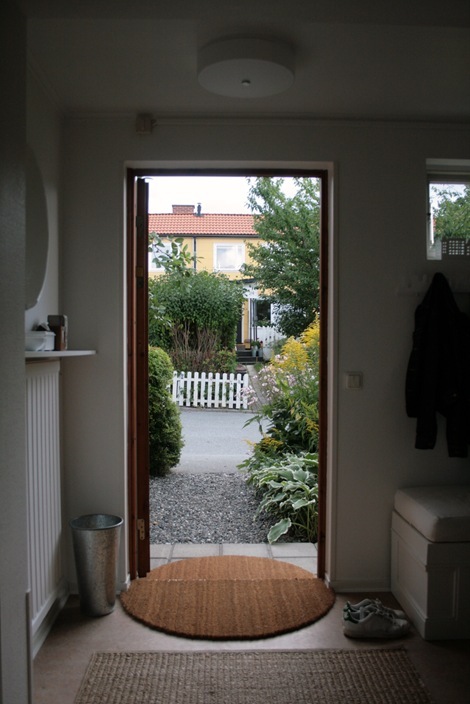 Here’s what it looks like from the inside looking out… 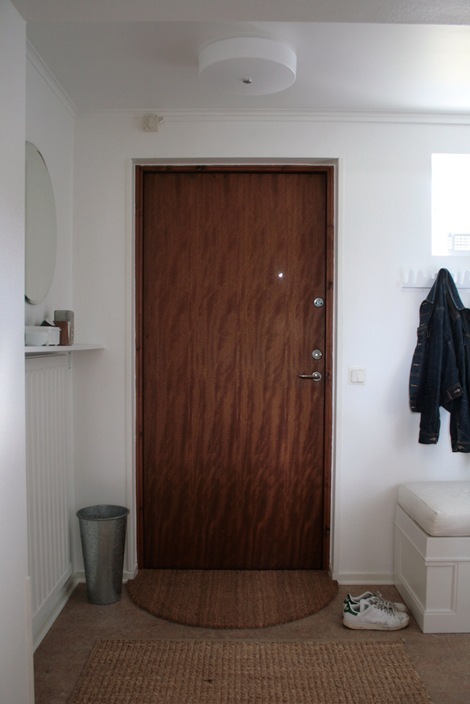 … with the front door closed… 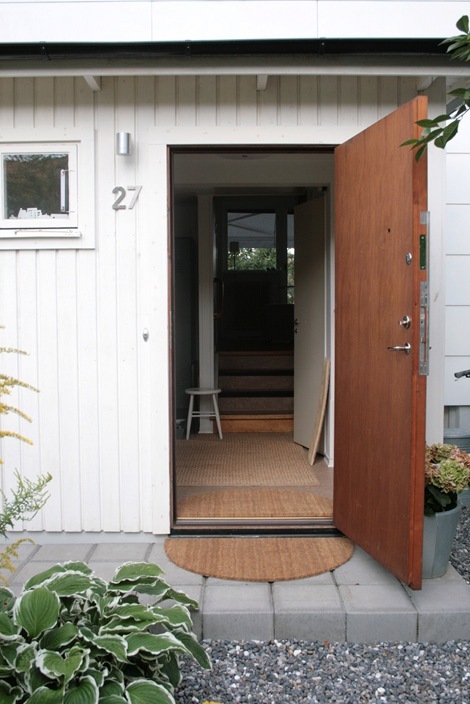 … from the outside looking in… (don’t mind the stuff in the hall, it’s waiting to go downstairs into the basement) 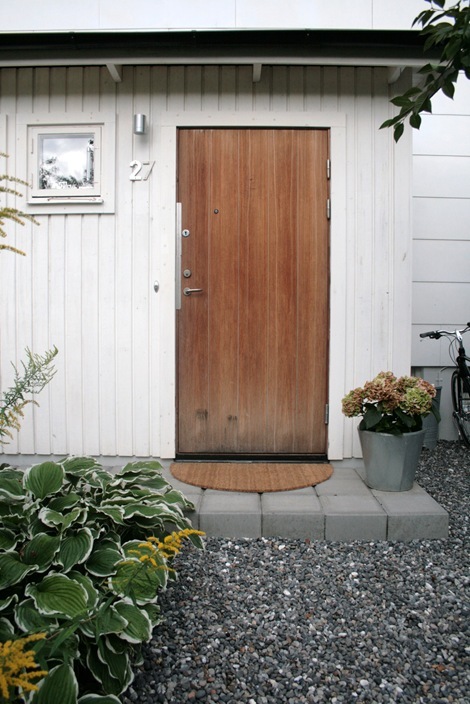 … and from the outside with the door closed. Man, I have to paint that door, like right NOW. Please stop raining! 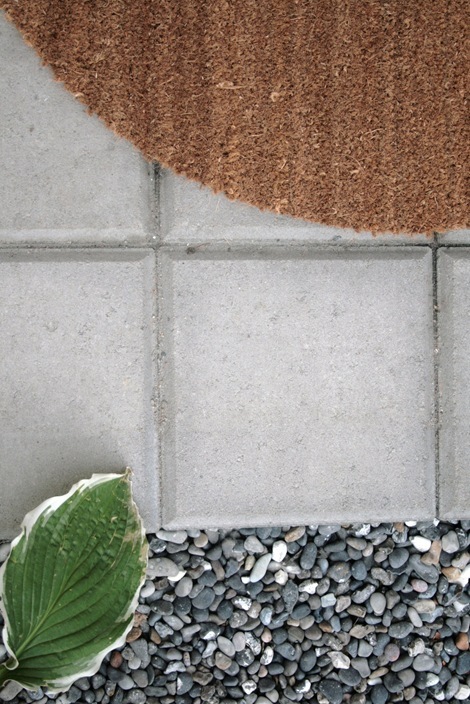