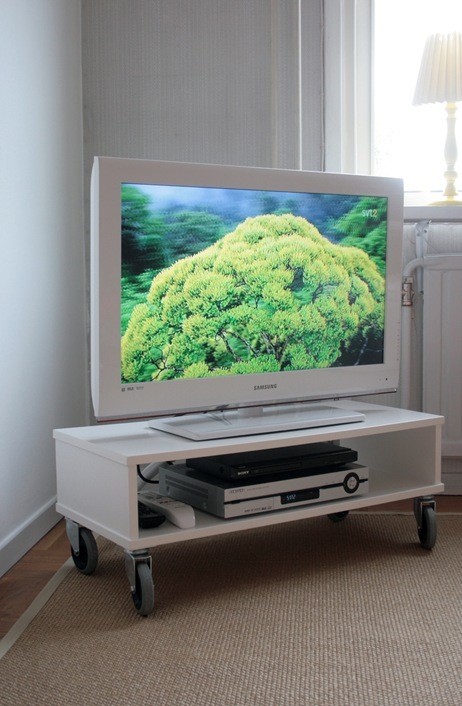 So you saw the sisal rug on Friday. Today I’ll be showing you what sits on it and show you how I made it. And no, it’s not the TV. I bought that. 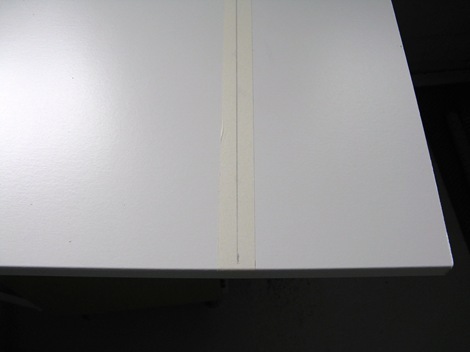 Ok, prepare for some awful quality photos. I’m doing most of the carpentry in the basement and often quite late and I’m using my point and shoot and lighting is pretty poor down there.

Anyway, excuses aside, the TV unit in the living room started out as two left over shelves from my one meter wide IKEA PAX wardrobe. The shelves are chipboard covered in melamine. Not the best building material but it as what I had and the good thing about then are the slightly rounded front edges which make it look like I carefully sanded them…

Oh, and that tape strip over the sawing mark, it helps prevent the melamine from chipping when you’re cutting. 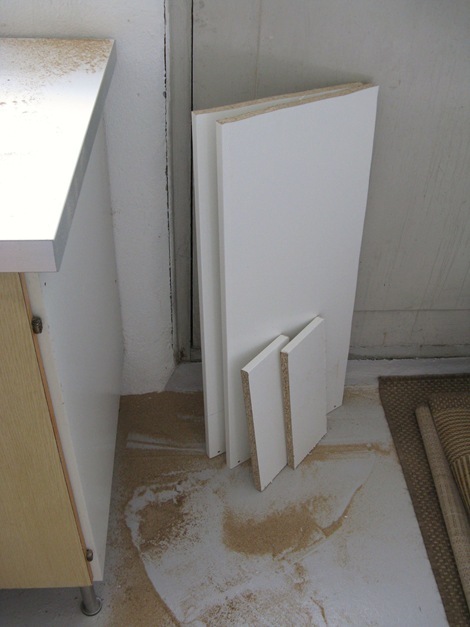 So two shelves = two tops and two sides + a little left over. I won’t give you measurements here because I went with the width of my TV and the depth of the cable box + a little extra for cables and you may need a different size. 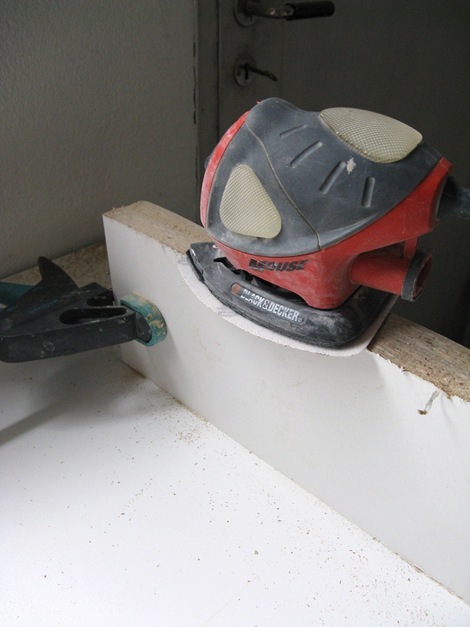 Because I don’t have a circle saw any more (Martin got most of the power tools and I’m only buying the ones I feel I really want and need) I cut the pieces using a jig saw (a new buy). The jig saw doesn’t really give you a smooth cut though so I clamped my pieces two and two together and used my trusted mouse sander ( I kept that one!) to sand them down. In the old house I would have used a plane but again I don’t have one any more and don’t want to get one either but this worked too. 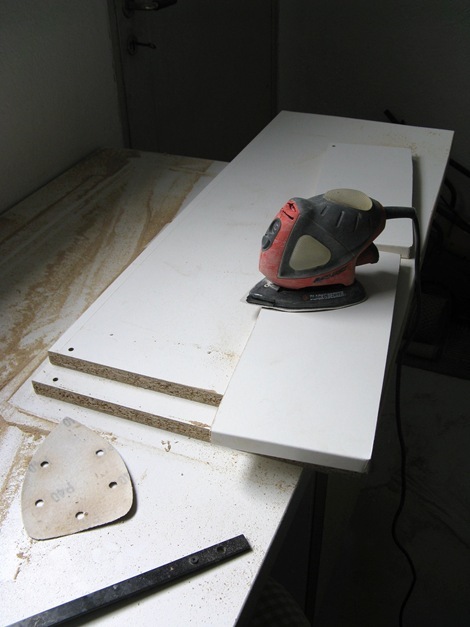 Then I gave the melamine surfaces a light sanding to key them because I was painting them later and the paint needs to adhere to the glossy surface. 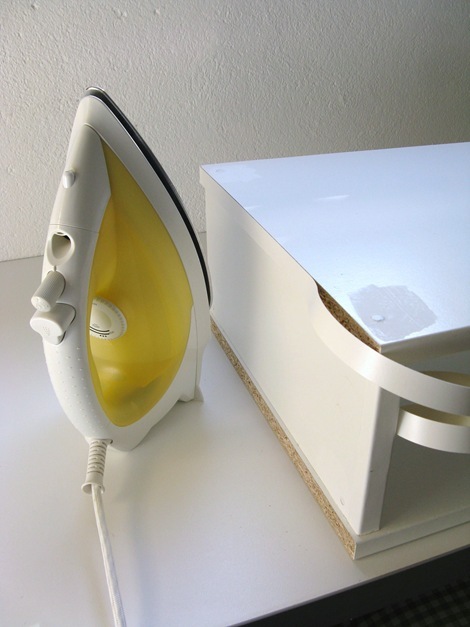 After simply screwing and gluing the pieces together I used iron on melamine strips to cover the chip board ends. These are such a cool invention. Unfortunately I’ve since run out and can’t seem to find any anymore. 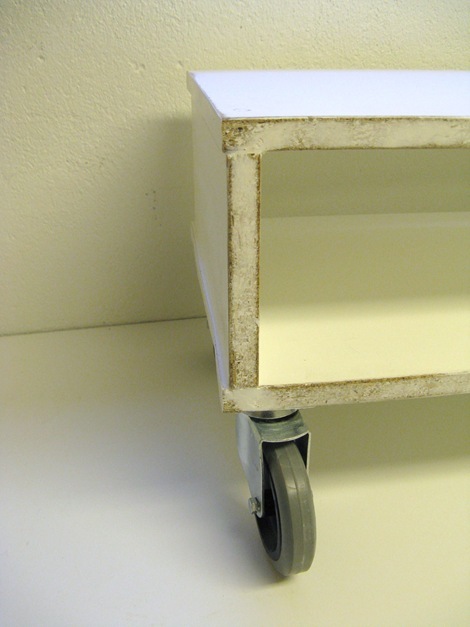 Because I ran out of those strips I spackled the back of the unit. It took a couple of gos with sanding in between. Oh, and I added the castors too, I already had them from some previous project. 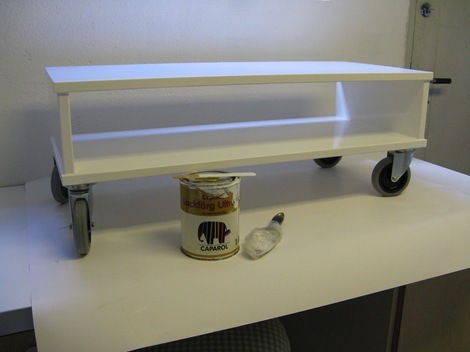 Then I painted the whole thing. Yes, you can paint melamine. Just sand first and maybe prime too. Painting the unit gives it that smooth finish and covers those little flaws that you don’t want to see. You could use it straight away in its melamine state if you wanted though. 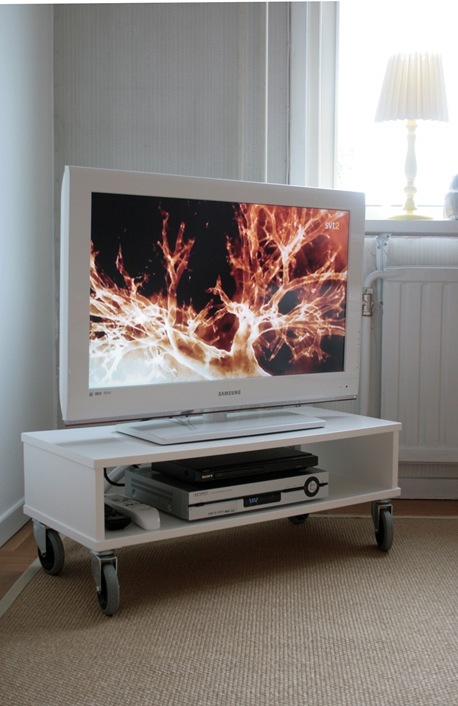 If you’re wondering where we got the white TV, this one is a few years old but we got another white TV a little while ago shown here and they’re both by Samsung.