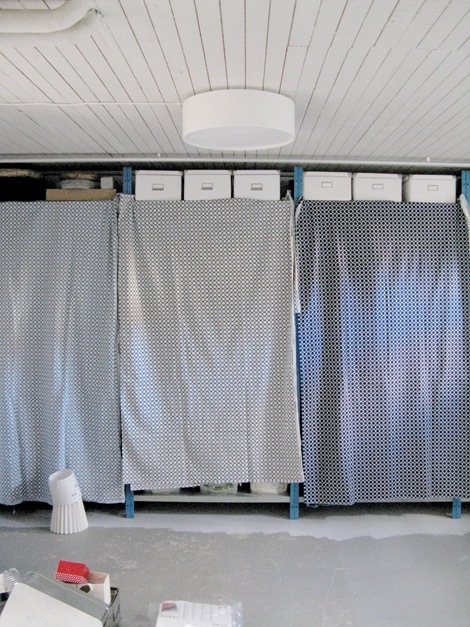 Those metal shelves downstairs in the basement are great for keeping all stuff we only need occasionally tucked away. The thing is though that my mom’s coming to visit for the holidays and we need an extra temporary bedroom so after considering the options (sofa in the den, fold out bed in the living room etc) I decided it would be best to set something up down here. For one it gives everyone some privacy (we’d all be on separate floors at night) and I actually already have a proper (narrow but really comfortable) bed down there. When mom arrives she can choose if she wants my bed or the one down there.

So in order not to have to look at all those boxes on those shelves I decided some curtains were in order. My, oh my! I started this project months ago and so far everything has gone wrong with these curtains! First I ordered enough material of the middle fabric you see in the photo above, Metro Circles by Robert Kaufmann in navy on white. Because shipping was cheaper that way I got the fabric in two pieces and popped them both into the washer. One came out ok, the middle one but the other came out discolored. The navy had bled out onto the white turning it into a navy on pale blue instead… Since the two pieces came from two different bolts of fabric and one was obviously faulty I got a refund because the seller didn’t have more of the same to send me.

So then I ordered the same fabric from another seller and during our conversation got what I wanted mixed up so when my new order arrived I realized that I’d ordered white circles on navy instead of the other way around. Sigh.

I’ve already spent way too much money and time on this already so now it’s just a matter of making the best of it. I’m thinking ombre. Going from light to dark with that discolored one in the middle? It may end up being a temporary solution but at least I’ve finally started sewing! 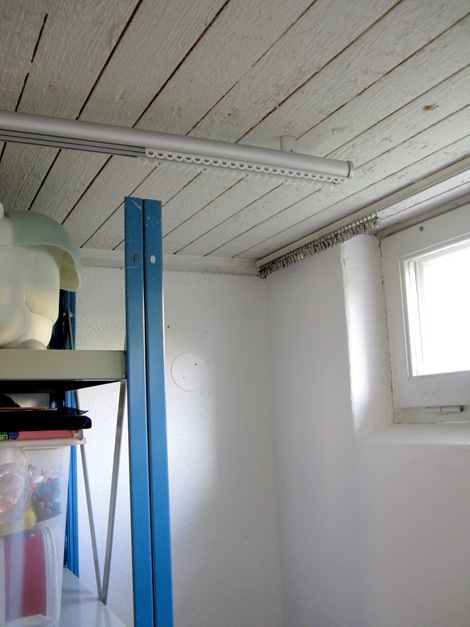 So once I’d made the decision to use the fabrics after all I finally put the curtain track up. This one has three tracks but I’m only using the front one for this project. 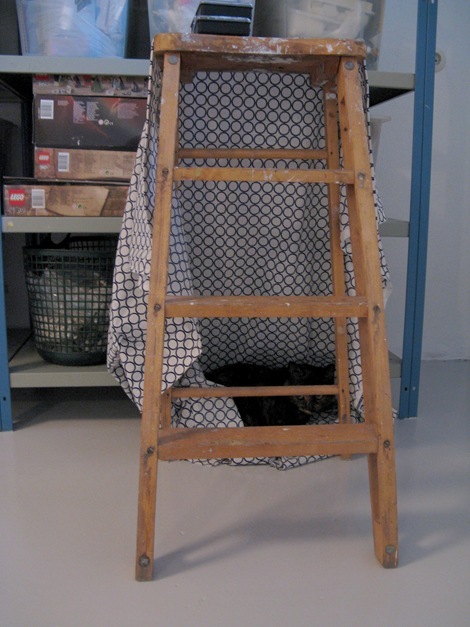 And Mini was there to help. Of course. 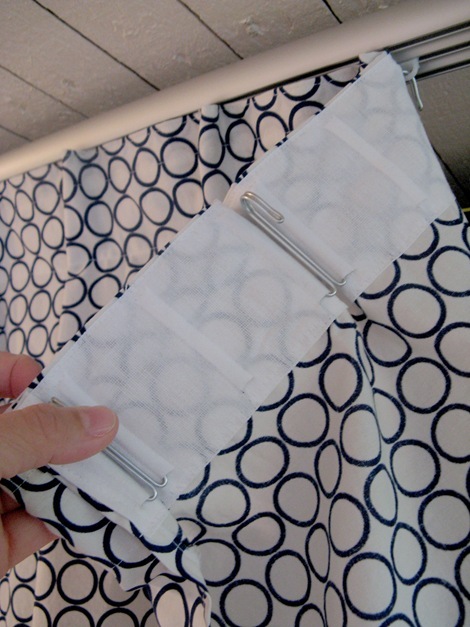 At first my plan was to just use clips to hang the fabric panels but then I realized I would get a gap at the top between the fabric and the track so I sewed on these things (no idea what they’re called in English) that make pleats when you insert the hooks. I don’t want a lot of pleats so I skipped one pocket after every hook. 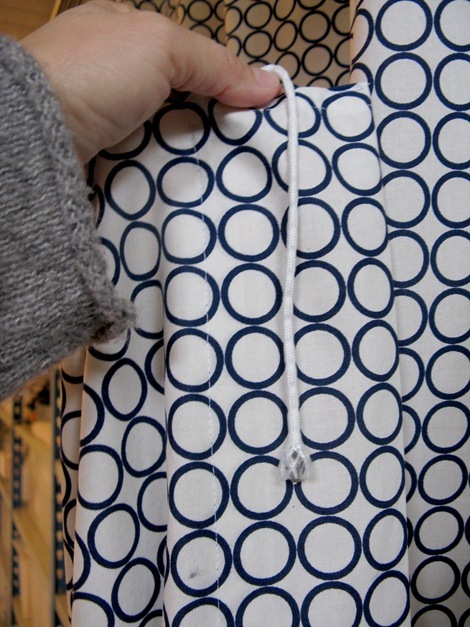 To get the fabric to hang nicely I added these weights in the bottom hem. It makes a huge difference. I also use them on my shower curtain. 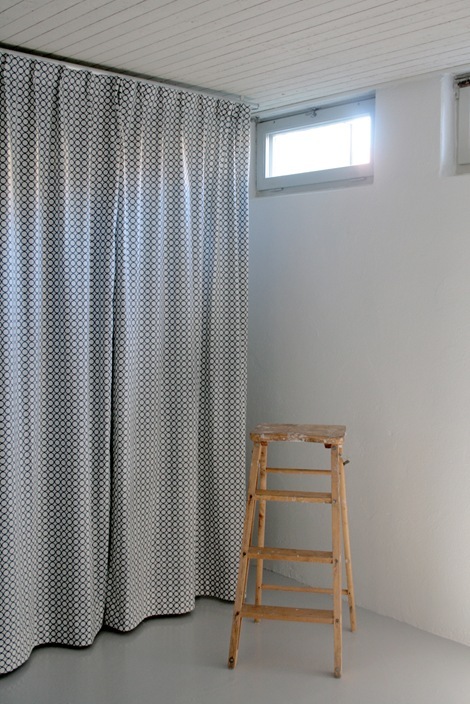 And there’s the beginning of my ombre curtain. I ran out of the pleat making things (I only had little left over from earlier since I hadn’t planned on going down this route) so I will need to get more before I can start sewing the rest. Will show you the finished result later!

Oh, as you can see the rest of the floor has been painted too. I know that some of you have asked for a how-to so a step-by-step post on that is coming up later this week.