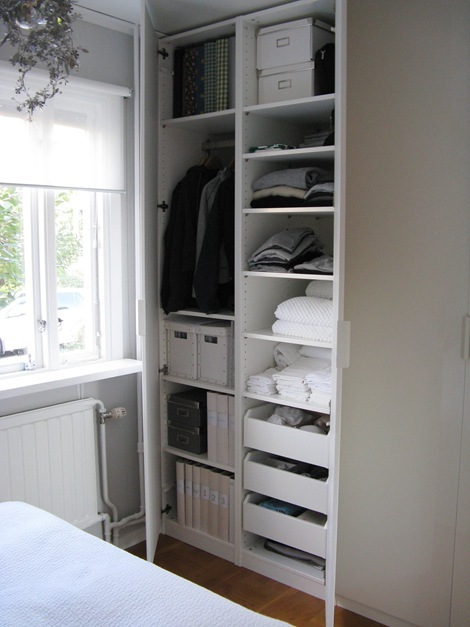 You know when you move in and just have to get semi organized straight away just so you can find your stuff and in this wardrobe case, get dressed in the morning?

I assembled my IKEA Pax Wardrobes before I moved in and wanted to get stuff out of the way of the contractors who were doing the kitchen at the same time so I just put the shelves in without giving it too much thought. As you can see that’s a very weird low hanging space to the left there. Also there’s a mix of clothes, linen and office supplies in both those two wardrobe units and I felt it was time to reorganize things a little bit. 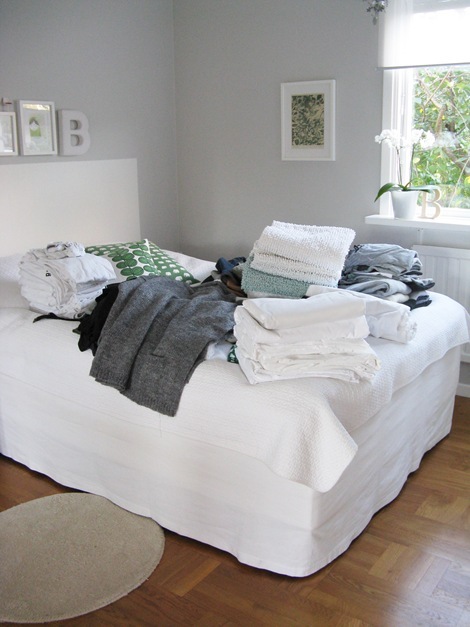 I started by removing everything that needed switching around so I could start over. I like doing this because it 1) Allows me to clean the space before putting stuff back 2) Shows me the available space so I can make any changes more easily 3) Makes me refold everything nice and neat after being piled up on the bed. 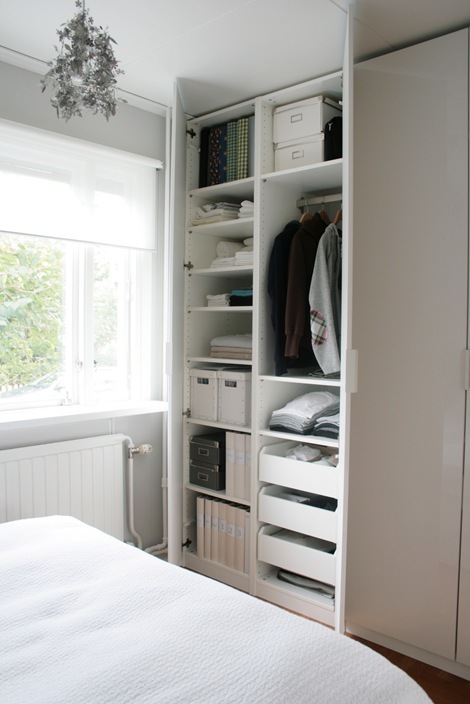 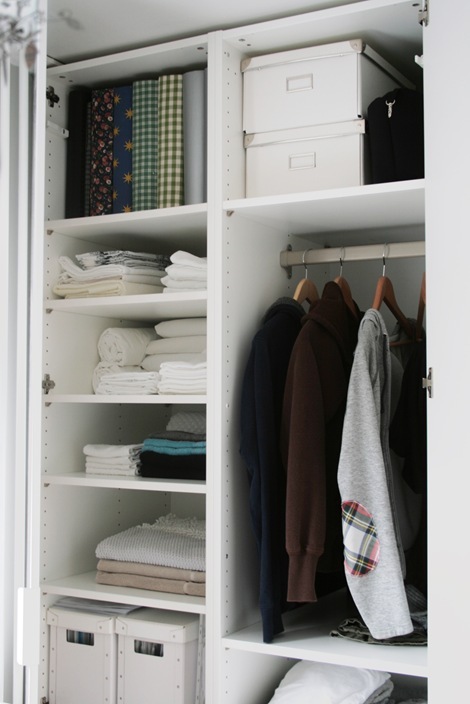 The top left of the wardrobe now houses from top to bottom: Photo albums (which we very rarely look at so they’re in that “out of reach” area at the very top), table linens, bed linens, cat towels and file boxes.

The right hand side holds; Boxes with out of season clothing like mittens and hats, my camera bag and that hanging space is for my sweats and currently worn pj’s. 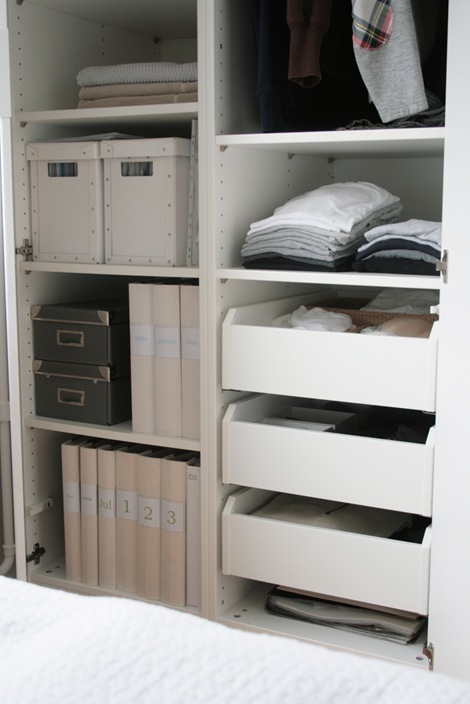 At the bottom to the left are files and boxes with photos and to the right T-shirts, socks, underwear and fleece sweaters. At the very bottom I keep a large file that holds some art. That file is such an awkward size and this is the perfect spot for it. Laid flat and out of the way but still accessible. 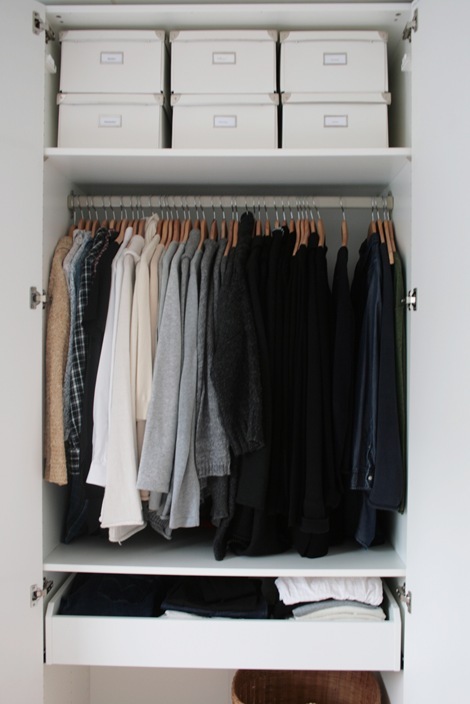 Next to those two wardrobe units I have a double one. This one holds all the hanging sweaters and shirts. Yes, I know, it’s all very colorful (that jacket on the far left is gold though…). The wide drawer underneath holds jeans, pants and sweat pants. There’s even a skirt which I bought a few months ago! Still haven’t worn it. When I do it will be a first since circa 1999 when I went to a wedding and had to show my former colleagues, the bride and groom, that I actually do have legs. On top of the hanging garments are boxes that contain all sorts of things like gift boxes and bags. I’m not sure if they will stay here for the long run but it’s a good space for them now until I decide where they will go. 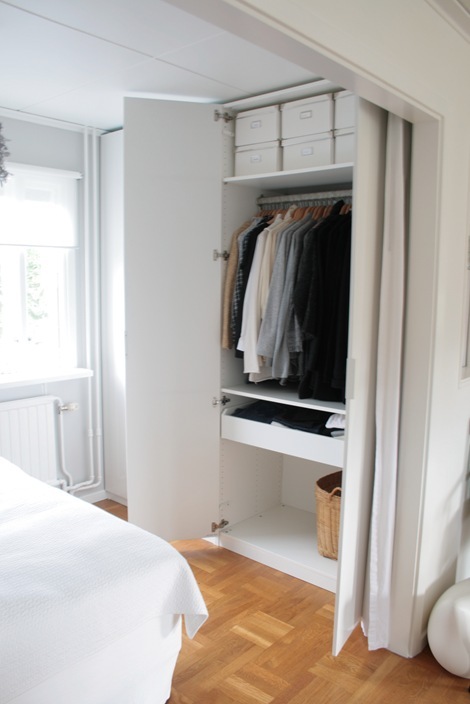 That space under the drawer is kind of empty here but normally I keep a paper bag there to the left and in it I toss stuff that will go to the charity shop. Not just clothing, but other stuff as well. That basket on the right is my hamper. More on that hamper and laundry in a different post, I promise, I haven’t forgotten.

So that’s my wardrobe.