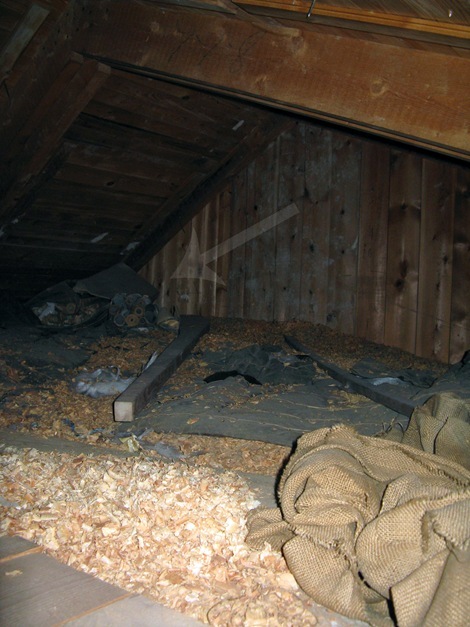 OMG, Wille and I are so excited! We found a treasure in our attic! It’s not going to make us rich but a treasure nevertheless! 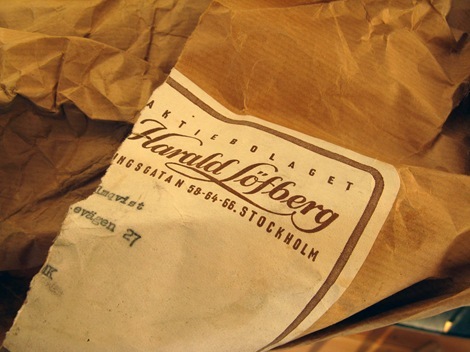 The treasure hunt started when I went over to reader Jenny’s house on Saturday for “fika” (= coffee and cake). Jenny lives just down the street (how amazing is it that two of my readers live on my street?!) and is the one who took the mid century desk off my hands the other day. Anyway she gave me the house tour which was really fun since her house is the same as mine with only minor differences and she showed me her WC where she had wallpapered one wall with original wallpaper that she found in her attic (clue!). She told me that she had found it along with some other wallpaper scraps up there when they moved in nine years ago.

The thing is that we moved in five months ago and still until yesterday hadn’t gone up into the attic. I’ve been meaning to but since my to-do list is never ending I just haven’t had the time and it’s not super easy access since you need to get a ladder onto the balcony and get in through the ceiling there.

After hearing about Jenny’s finds I told Wille that we had to explore our attic and so we did. 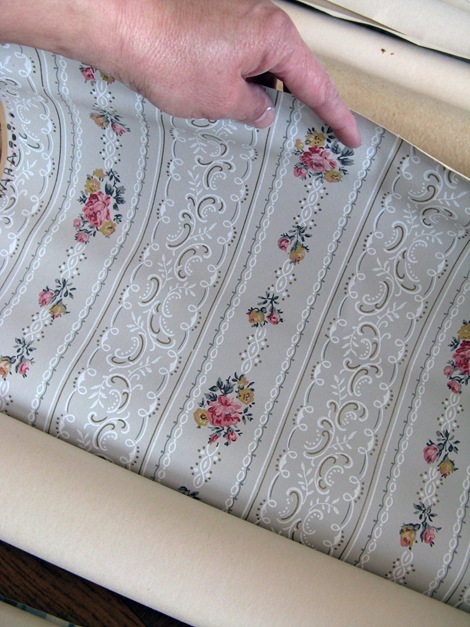 Wall paper galore is what we found! Some less exciting ones like the one we just painted over in Wille’s bedroom (a little too floral for a seventeen year old boy…) but wait until you see this: 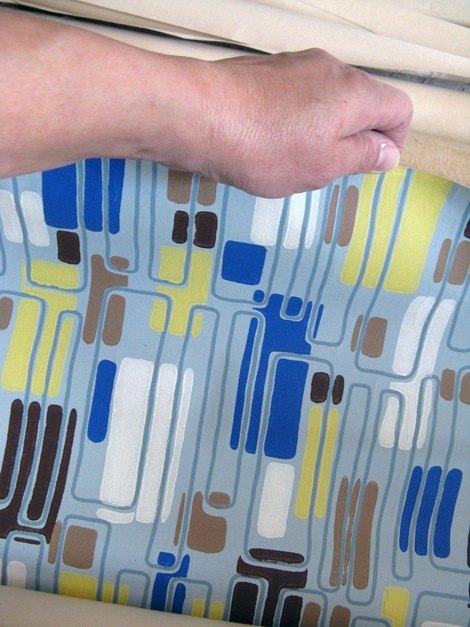 Whoa! Isn’t that amazing? Our house had had just one owner before we bought it and they must have been pretty cool back in the days! 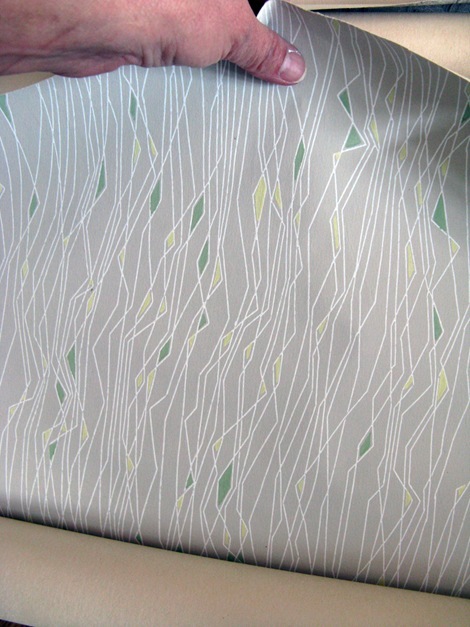 And check this out, this is actually the very same design that Jenny has in her WC! It’s so cool and the condition of these rolls is pretty good but as Jenny told me they are tricky to put up. I guess aside from these rolls being over 50 years old wallpaper probably has come a long way in terms of DIY-friendliness too. 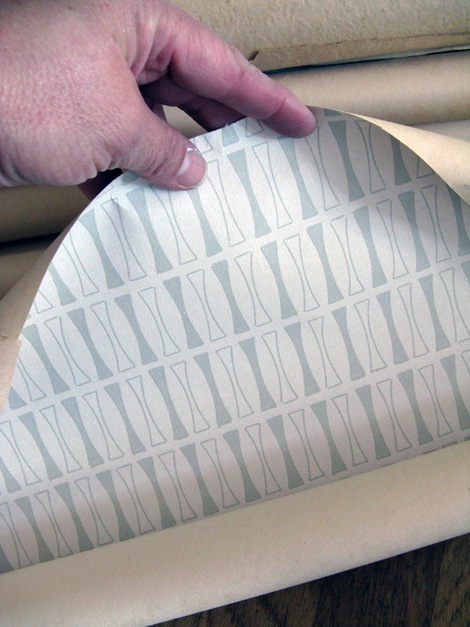 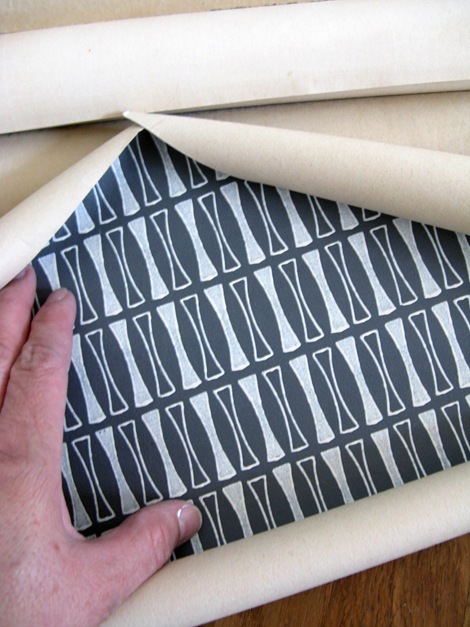 These hour glass designs are Wille’s favorites and I agree they’re awesome! I’m going to have to measure to see how much there is and if I can find a use for them in his room somehow. 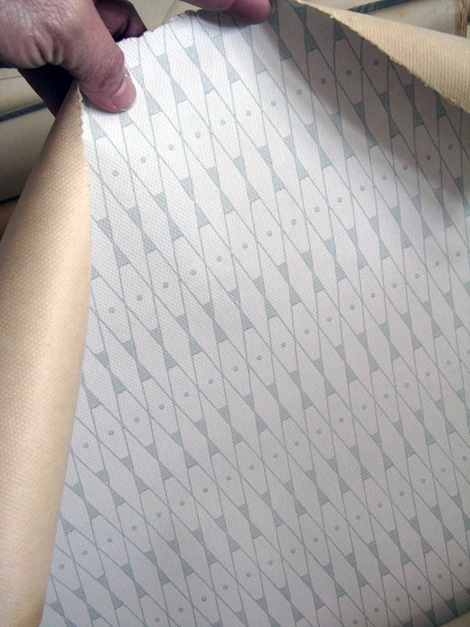 I think this one’s my favorite. There’s not a whole lot of it but Wille suggested we frame the coolest designs and I love that idea. I can also see myself covering some boxes perhaps. 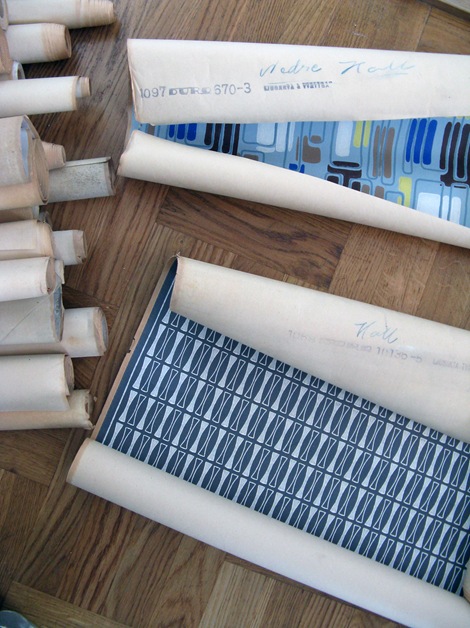 One of the best bits is that apart from recognizing some of the designs because they were actually still up when we moved in (Wille’s bedroom and my bedroom nook) a couple of the rolls are marked. The top design was used in the entry hall (imagine walking in through the door being greeted by that back in the 50’s!) and the dark hour glass design was used in the upper hall which is now part of the den upstairs.

Wow! I’m so stoked having found all this (and more!) and I can’t wait to put some of it to use in at least a few places around the house.