The Radiator Cover ~ Part I 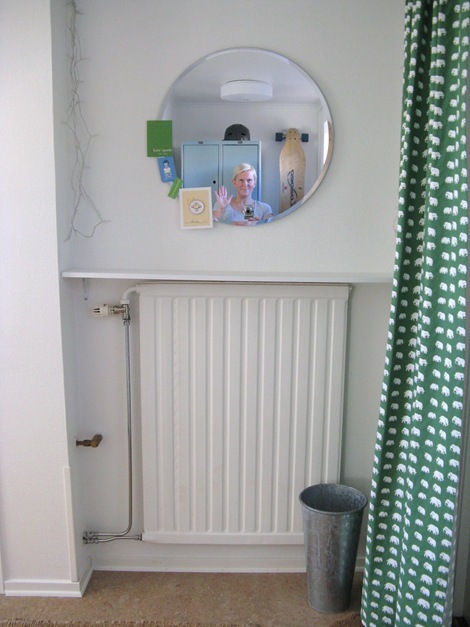 Hi there! So I’ve finally started on the radiator cover for the hall. As you may remember I put that shelf up there as a temporary solution so we would have somewhere to put keys and stuff when entering the house. All along I knew I wanted to cover that radiator up and here’s part one on how I’m doing it. 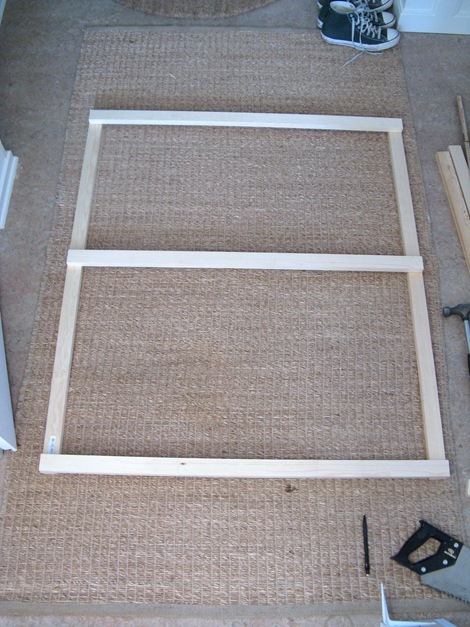 I wanted a large frame with caning to cover the radiator yet let hot air out. Unfortunately the caning doesn’t come in the wide width I needed so my solution was to build a frame with a brace down the middle. That way I can get away with using two narrower pieces of caning.

Anywho, here’s how I built the frame; I started out by measuring the inside of the nook where the radiator is and cut the horizontal strips of wood accordingly. Then I figured out how tall I needed the frame to be and I chose to leave a gap at the bottom and to go just above the top of the radiator. Then I cut my four pieces with a hand saw and laid them out on top of each other. 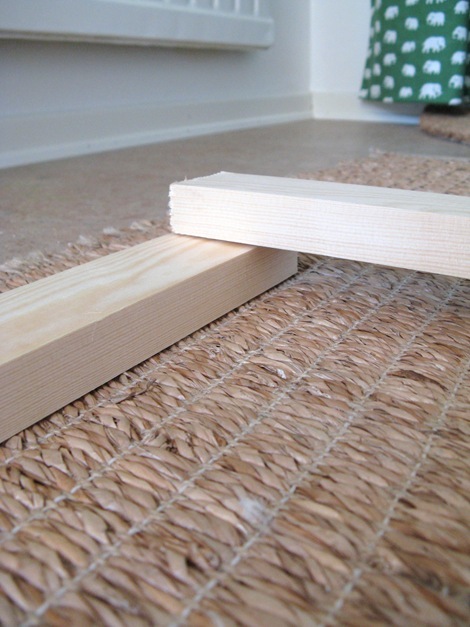 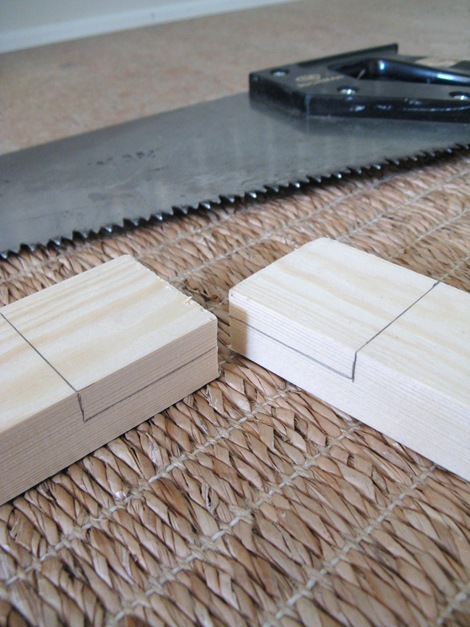 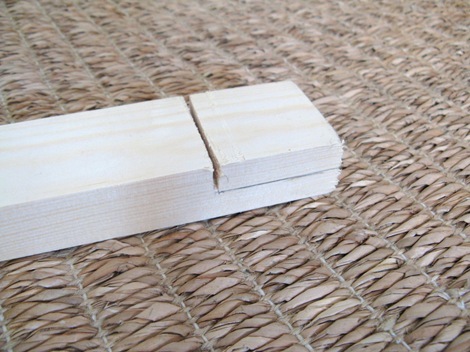 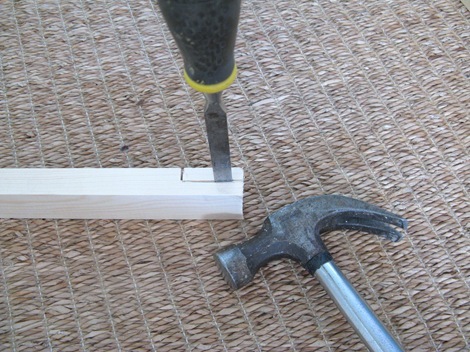 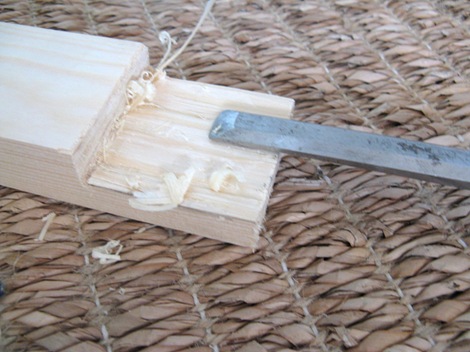 I didn’t want the frame to be double the depth though so I merged the two ends by sawing and chipping away half of the ends as in the photos above. Once you’ve sawn the cut against the grain of the wood it’s easy to chisel away the wood lengthwise. 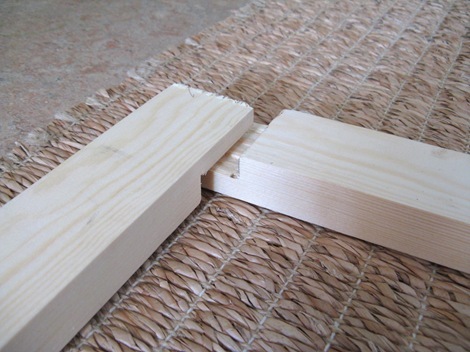 Here’s what it looks like after half the ends have been removed. Like two puzzle pieces slotting into each other. 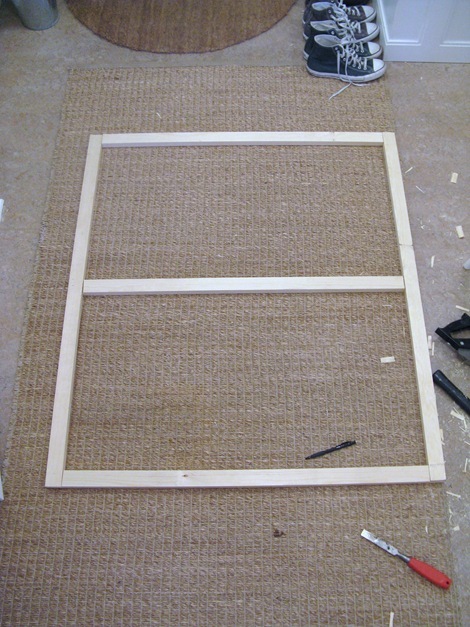 That obviously needs doing in all corners and in this case also down the middle. Six times on this frame. 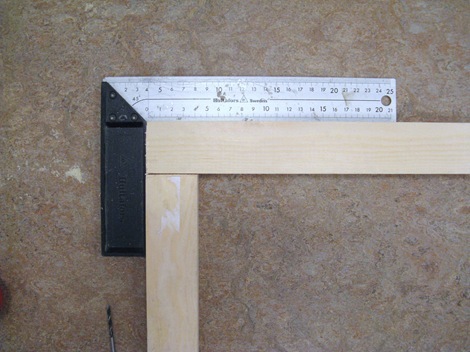 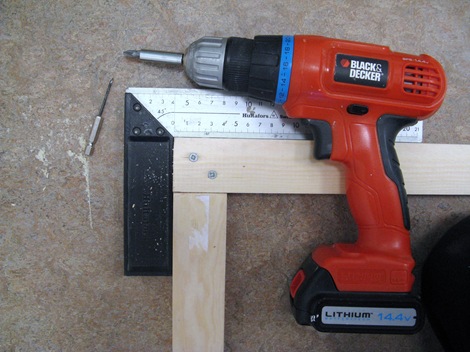 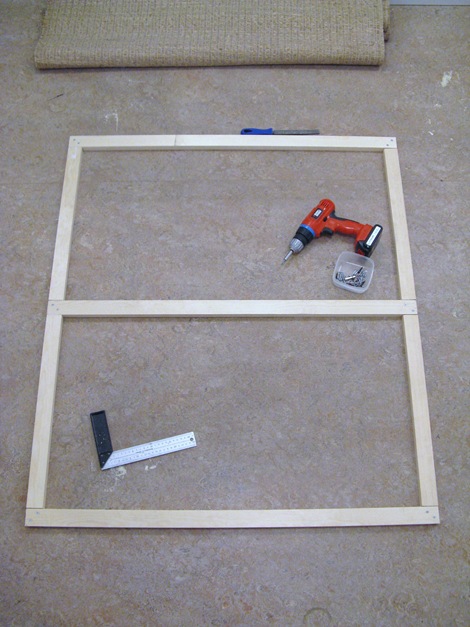 I used a straight edge to make sure I would assemble the frame perfectly square. I’d put one foot on one side and the other foot on the other side to make sure everything stayed put and then I drilled pilot holes  and screwed it all together. I used two screws in each corner so the frame can’t shift. 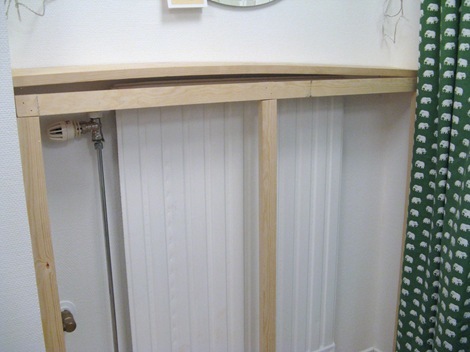 Here I’m trying out the frame in the nook and the shelf too. Hmmm. That’s not a shelf, that’s a propeller. I only have myself to blame for that. I stupidly leaned the shelf against the radiator when I brought it home from the lumber yard and left it like that over night and the heat bent the slightly damp wood. I should have laid it flat on the floor and let it dry there I guess, but what’s a girl to do when she’s blonde? 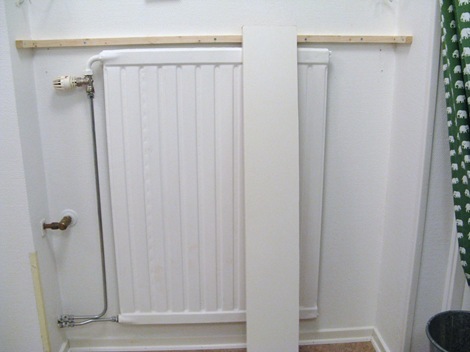 She recycles a piece of double MDF that used to be the table top in her craft nook at the old house, that’s what! 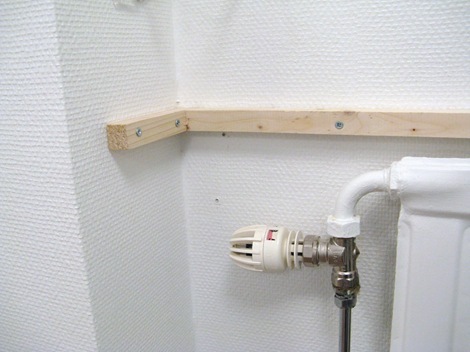 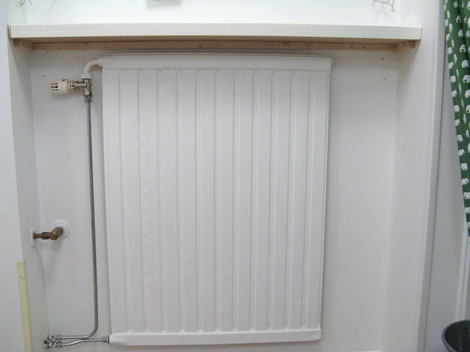 I made a long shelf bracket that runs all along the nook and the shelf will be screwed into the wood there at the back so it can’t shift. 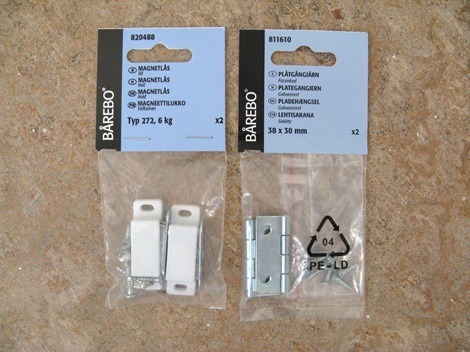 I want to be able to open the radiator cover by tilting the top of it so I’m using magnet locks at the top and hinges at the bottom. 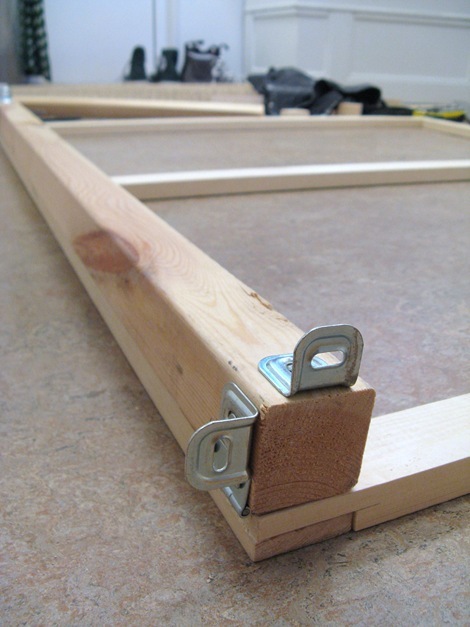 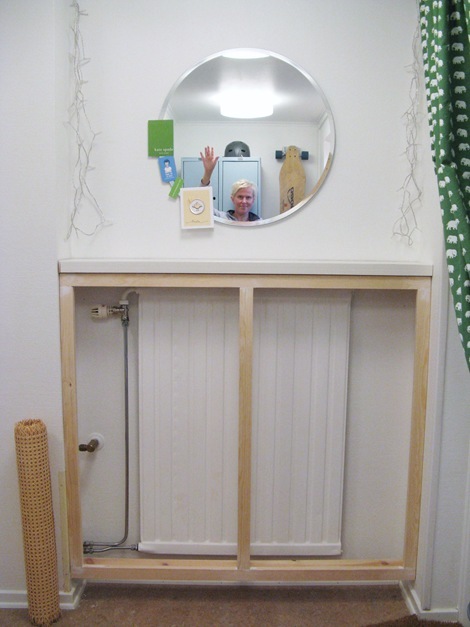 Hi there again! The frame has been attached to the sides of the nook (after filling gaps and sanding everything down), the top is in place and this is how far I got on Sunday. Still to do; prime and paint the frame, touch up wall paint where I’ve had to remove some bits and pieces in order to fit the frame and attach the caning to the back of the frame. I’m pretty pleased so far. It’s all worked out better than I expected which is always nice. Hopefully I’ll be able to show you the finished result next week. Stay tuned!