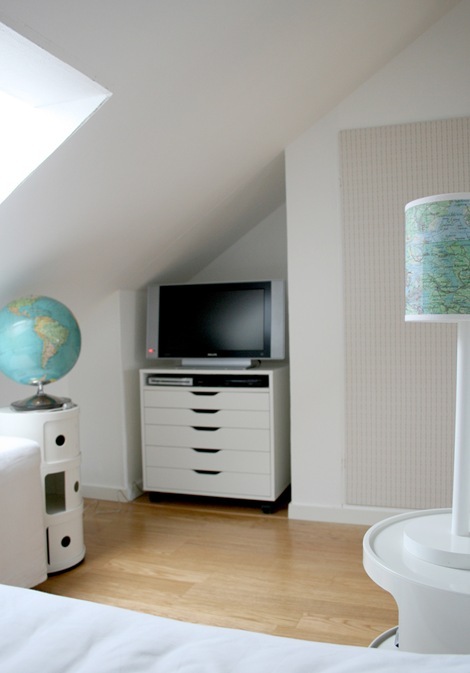 I finally used some of that cool original wallpaper that Wille and I found in the attic. My plan was to use it on an accent wall in his bedroom but it turned out there wasn’t enough so I wallpapered the closet door instead. 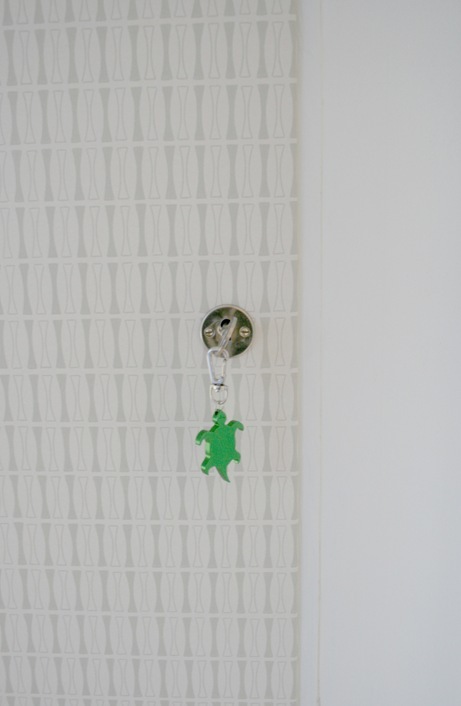 Good thing actually because it proved pretty tricky to work with. I actually used the instructions from the how-to book I got from the previous owners. I used cellulose based wallpaper flakes which I mixed with water into a paste and had to cut all the edges with a craft knife before hanging. Since the wallpaper had been in the attic for over 50 years it was also pretty brittle. 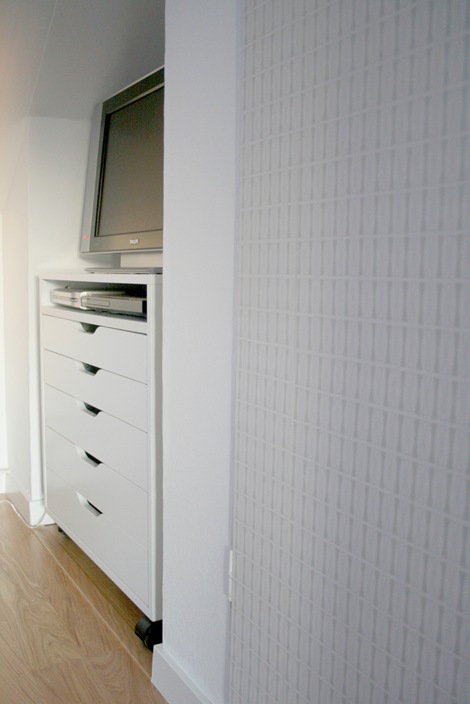 After that I’m not super eager to do much more wallpapering with it but I’m happy with the result on that door and Wille is too! I do have some smaller projects that will probably be easier than walls so I may stick to those.

Oh, we also rearranged the furniture in this tiny room. The bed used to be centered in the room but is now along the wall opposite the TV. Makes for much better viewing in bed apparently :).