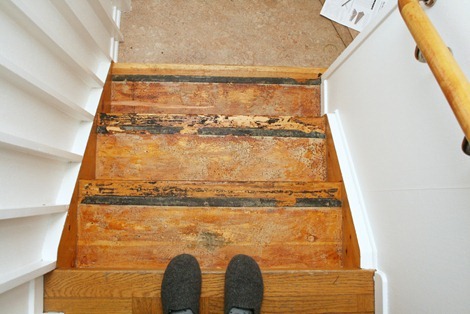 I don’t have a bird’s eye view of the lino covered stair but you can just imagine what’s on the floor below on the stairs and you’ve got it. This was taken just after pulling the lino and the black rubber off. That black rubber was the worst. It left a black sticky goo behind. 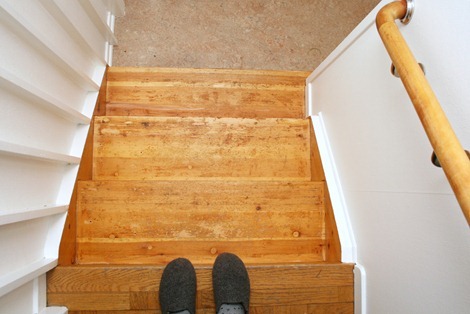 Here I’d scraped as best I could. I might have been able to leave the stairs pine but pulling the lino up actually pulled some of the wood up too. You can’t see it in the photos but there are pieces missing that were attached to the lino after being pulled up. 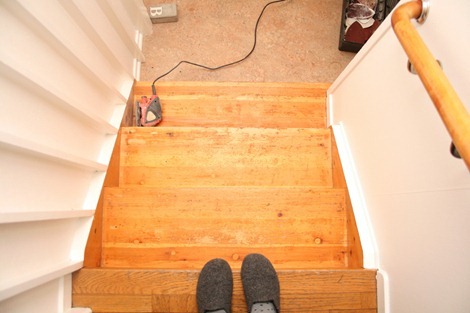 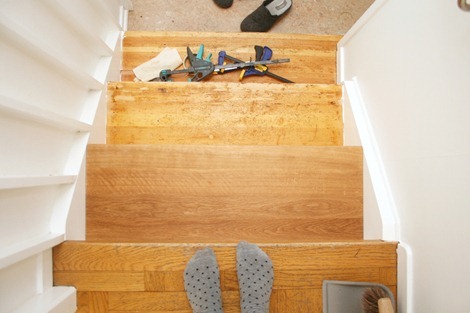 The first new tread down and I was already feeling like a happy camper. 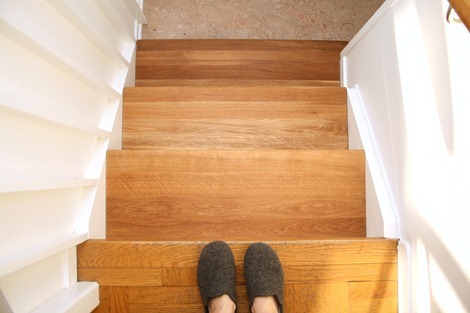 Yes!!! Finally. No more lino, no more black rubber, no more goo and gunk. Still some vile lino at the bottom on the floor but that’ll soon be history too! 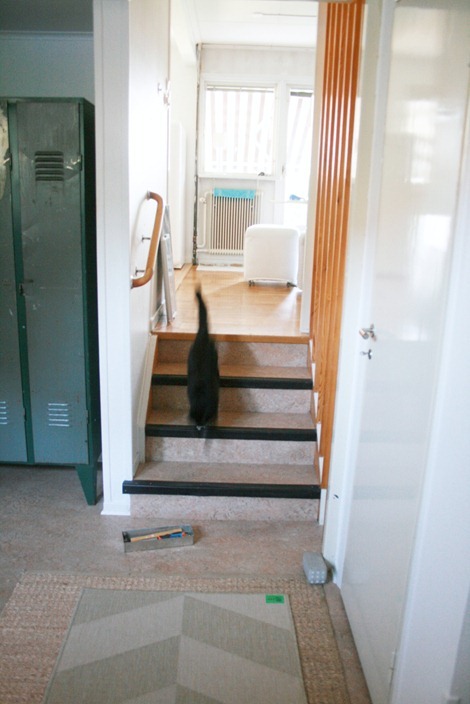 Before. The only cute thing about this photo is Bonus. 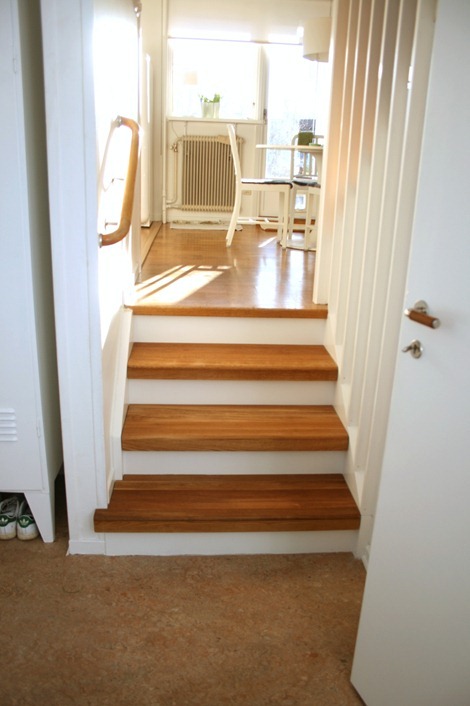 After. I love it!