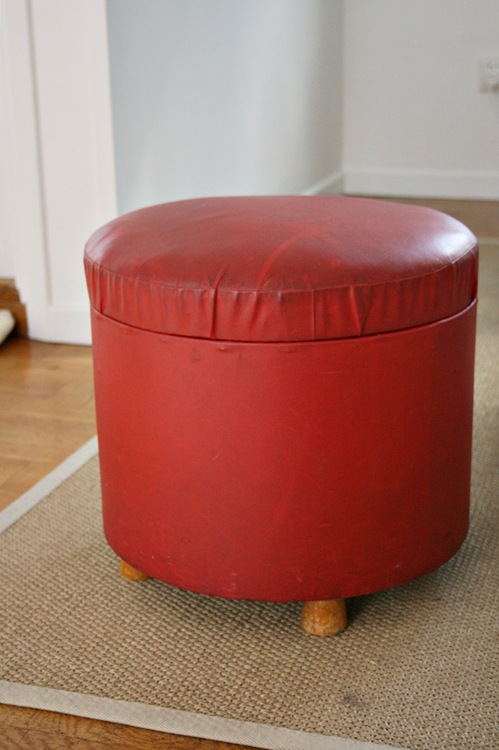 When Anne and I went to the local charity shop a few weeks ago we came across this. We were both immediately drawn to the round shape. 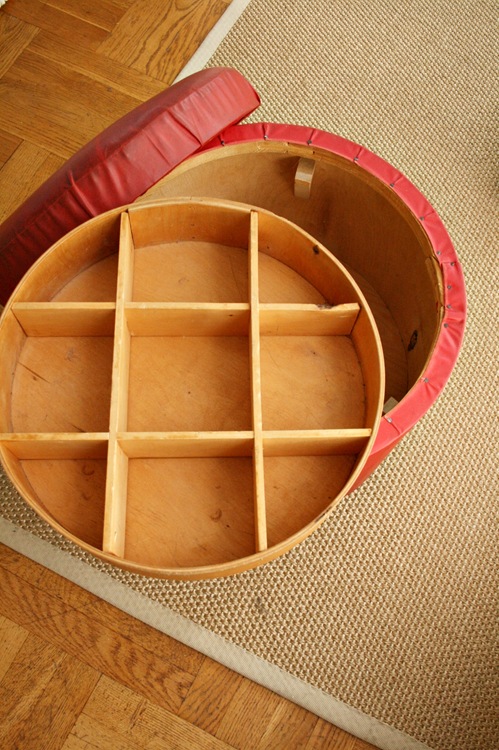 We were also drawn to the fact that there are storage facilities inside. Not that I really need any more but the potential is there! We discussed making it into a drinks storage unit but alas it’s not tall enough, unless I start buying half bottles only. Originally it was probably used for sewing supplies. 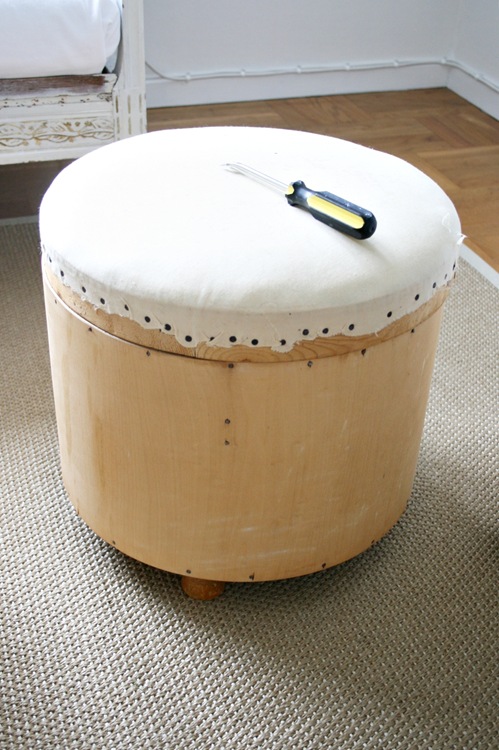 I had to strip that nasty red vinyl off pretty immediately and for a while I kept it nude in the living room where I draped various fabrics over it to try and figure out what to do with it. 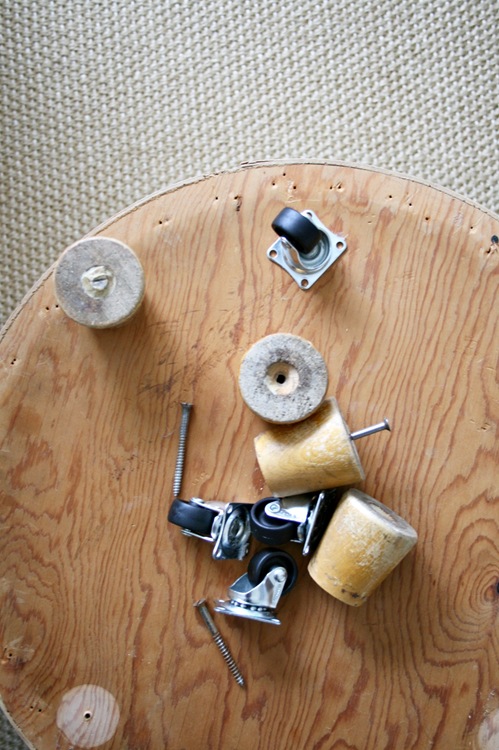 One thing I did know was that I wanted it on casters so I removed the little elephant foot shaped wood feet (which I’m saving as they might come in handy elsewhere) and bought the lowest casters available so I can potentially slide the ottoman under the coffee table.

In the end I chose to cover the ottoman with the Josef Frank fabric Windows which I had originally intended to use for a pillow. I just loved it on the round shape. 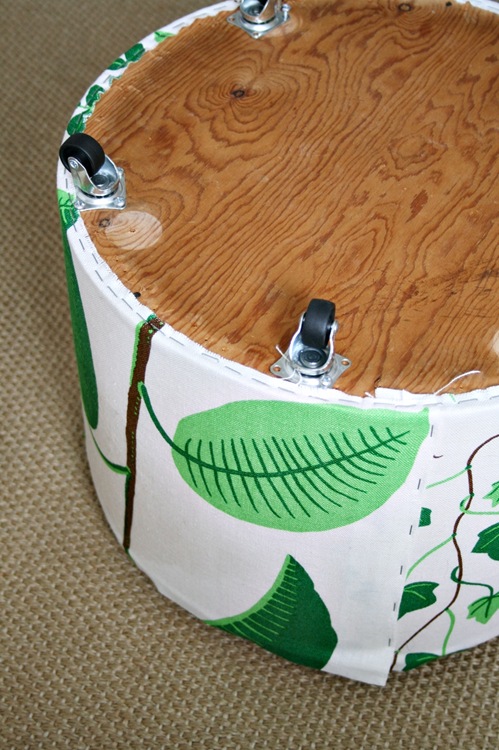 Staples all around, casters on (I used five so it would be stable) and ready to turn over and staple the top end of the fabric to the top if the frame. 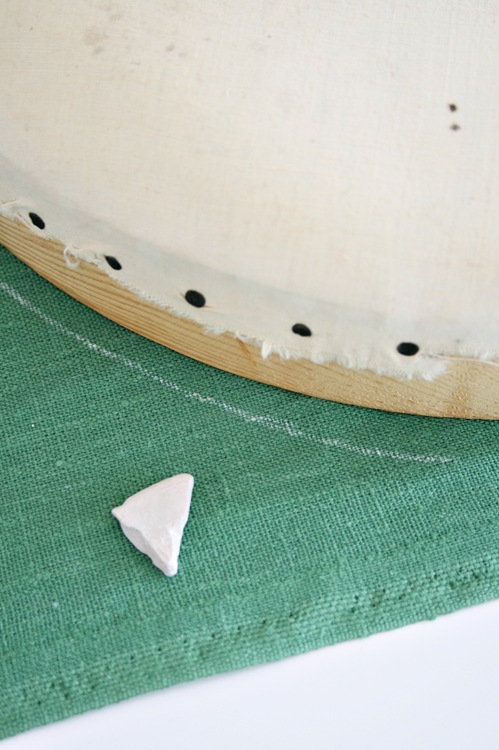 Unfortunately I didn’t have enough of the super expensive fabric I used on the base for on the top but I did have some green linen. I used the top as a template and traced the shape onto the fabric using a fabric marker and adding seam allowance. 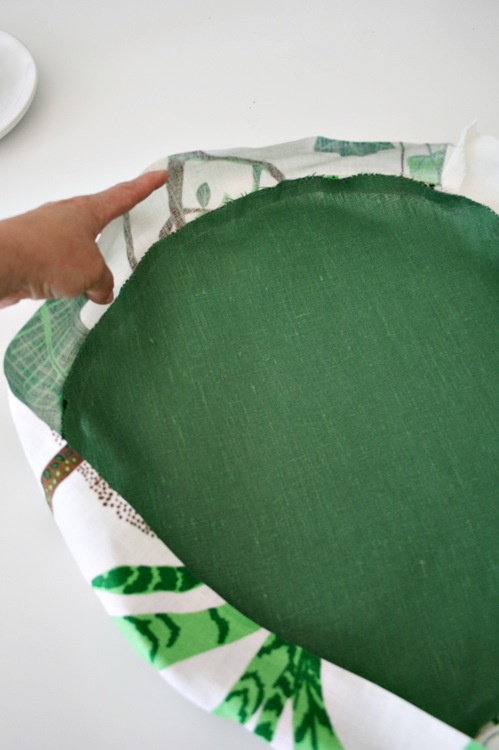 Then I stitched a strip of the Josef Frank fabric on to the round shape, making sort of a tray shape. 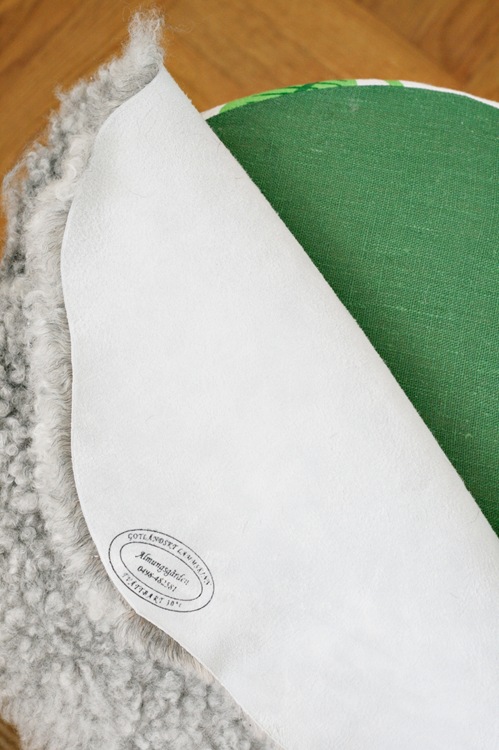 I ended up not liking the sharp contrast between the green linen and the Windows pattern so I cut one of the sheep skins I have into an uneven round and popped it on top. 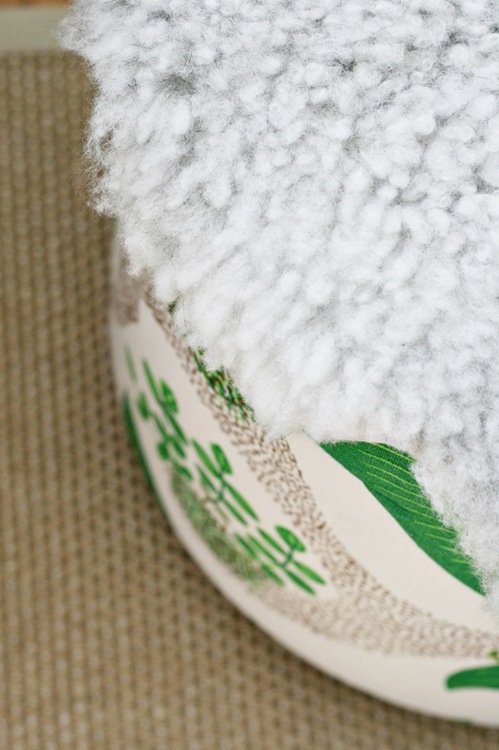 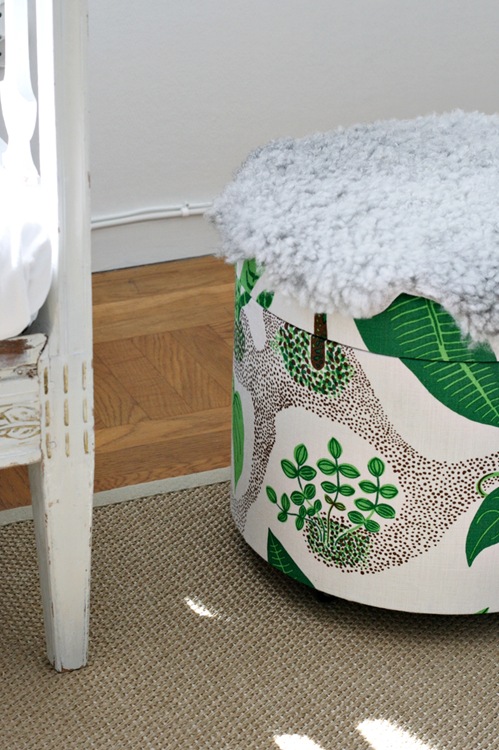 Now I love it! It’s perfect for resting tired feet on in front of the TV at night. As for what will go inside, I still don’t know but I’m sure I’ll think of something and when I do I’ll tell you about it,