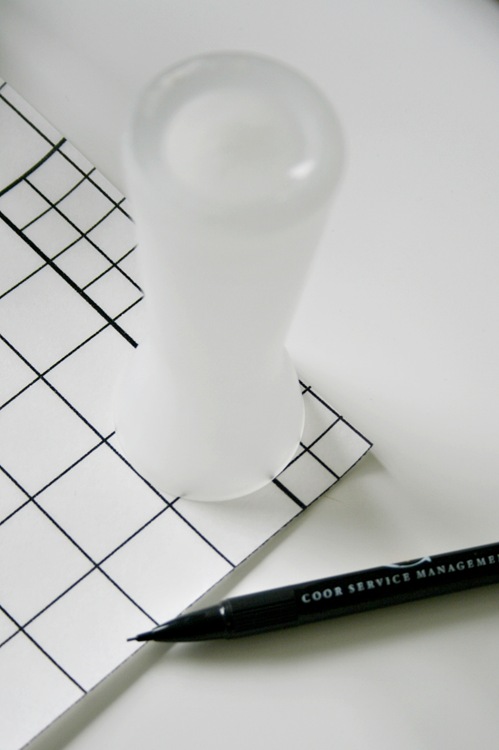 So I’ve been thinking really hard about what to do with the windows in my basement bedroom. I used the old curtain track that was already up and quickly fashioned some interim linen curtains which hung there for a while but as I took the track down to paint the ceiling earlier this summer I decided I didn’t want it up again and what to put up instead?

I had already considered privacy film and rejected the idea because I wanted a softer feeling. Then I thought of scallops. Privacy film but with a softer edge. 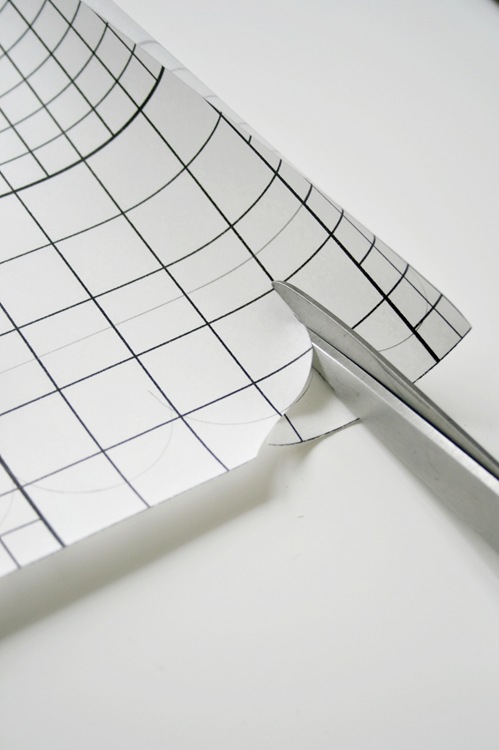 So I rummaged around in my glass cabinet and tried a few different vessels until choosing a tiny bulb vase as my template. Simply traced around it along the grid at the back of the film and then cut out the lengths I needed having pre-measured of course. 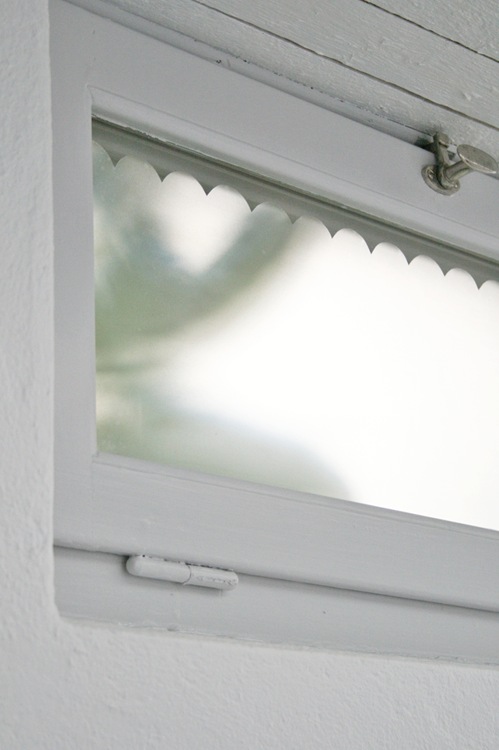 While I was at it painting the ceiling I also did the window frames so my new privacy film go a fresh new start. 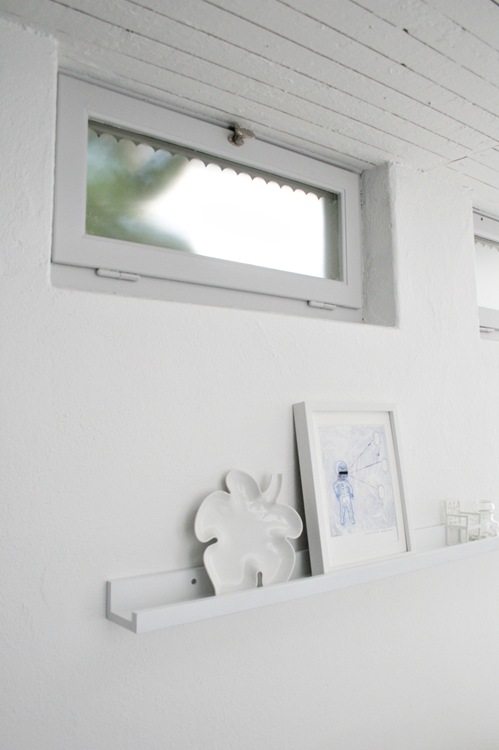 I like that there’s still a small gap of the outside so from inside you can still tell the weather but you can’t really see inside from the outside unless you’re with your nose right at the window. 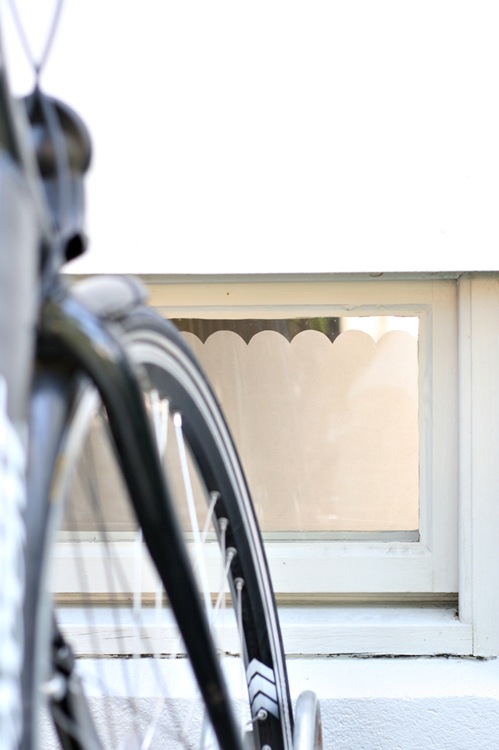 This is the view if you crouch down outside (and lets hope no one will do that) and I also redid the quatrefoil one at the smallest of the four windows so they would all be the same. 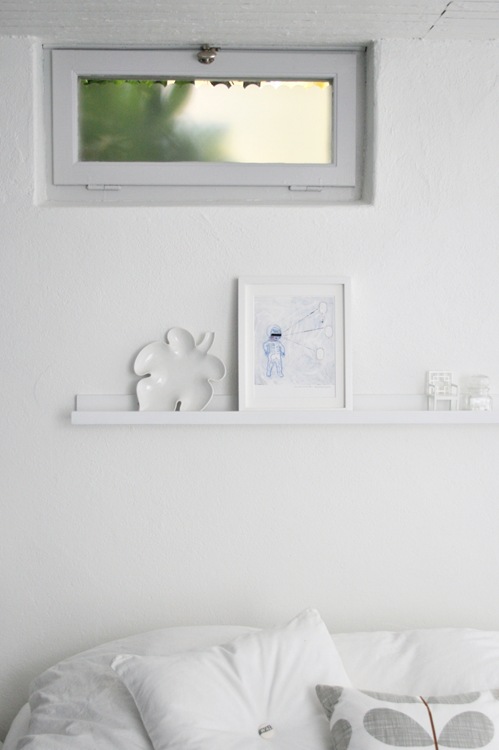 Will show you more of what the bedroom looks like so far tomorrow so stay tuned.