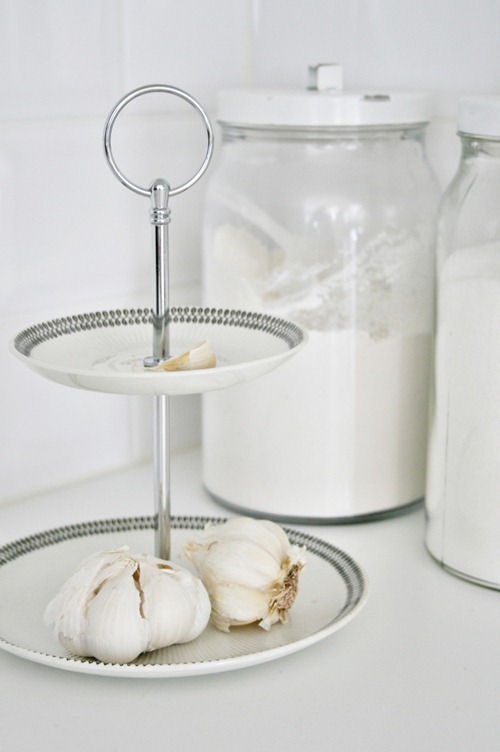 As you have probably noticed cake stands have been all the rage for a few years and I love the idea of them but rarely serve that much cake that it would make sense to own a bunch of large stands that take up a huge amount of space. These smaller DIY stands  (which are inspired by these) are really cute though and can be used for a multitude of things in my eyes.

When I saw this post I knew I had to try to make some myself. I bought my hardware kits and drill from here (they seem to ship abroad, at least within Europe) and then bought some random plates at flea markets and on Tradera (our Ebay). 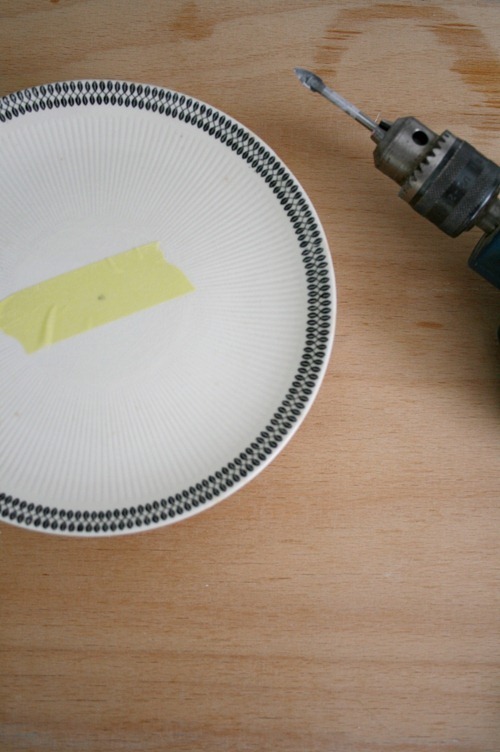 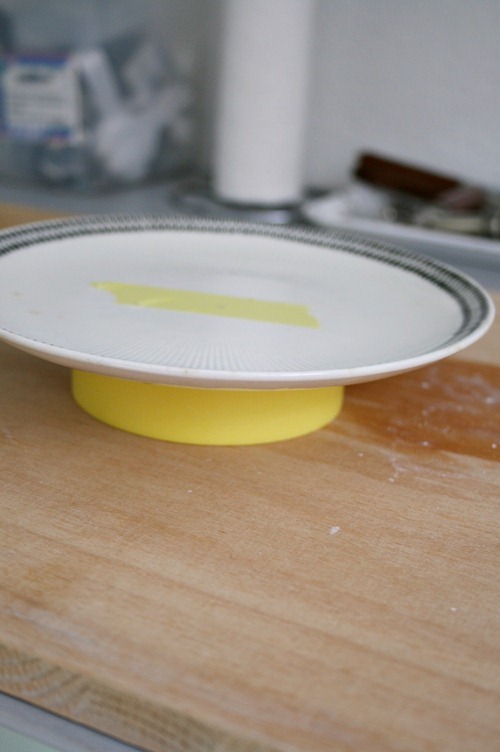 The drilling of hole part was actually really straightforward. Add a piece of masking tape to the middle of the plate and mark where the center is with a pencil. The tape will prevent the drill from slipping in the beginning. The drill bit is the same type you use for drilling tile. Use the tape roll as a stand for the plate so when you go through you don’t drill straight into your table top. Add a bit of water when drilling so the drill bit doesn’t go blunt so fast and then drill away. I used protective glasses because I wasn’t sure how the plate would react but luckily there was no shattering of any of the plates. Better safe than sorry though. 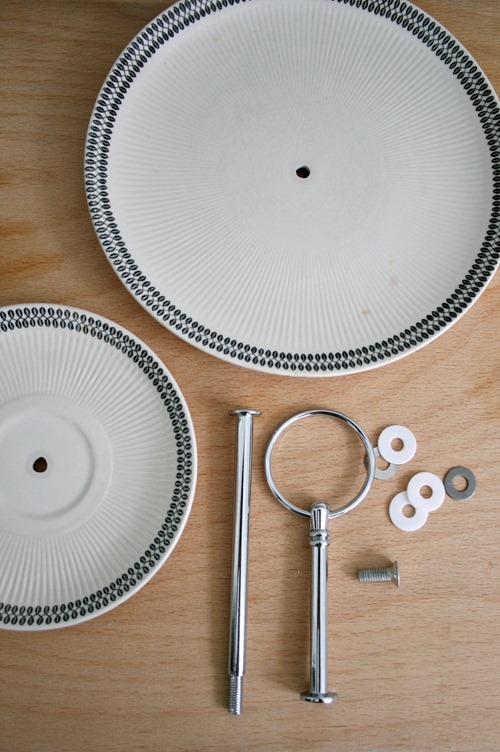 This is what the components look like. I bought kits that were actually for three tiered stands but knew from the beginning that I only wanted two so I skipped one middle section. 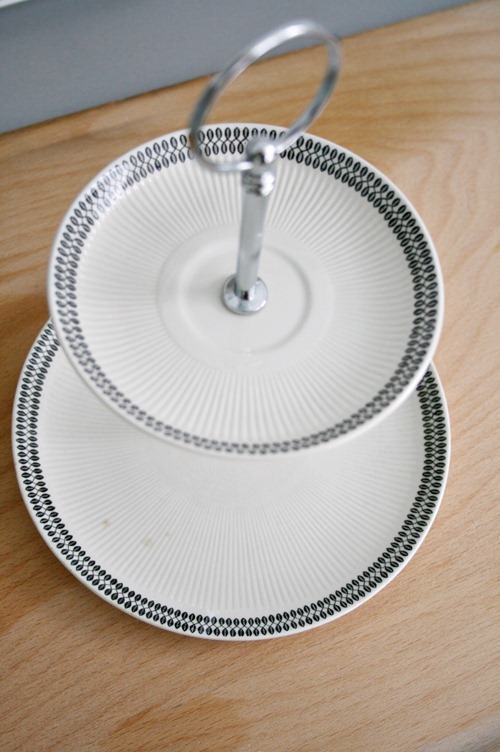 After drilling the holes it’s just a matter of assembling the whole thing. Easy peasy. 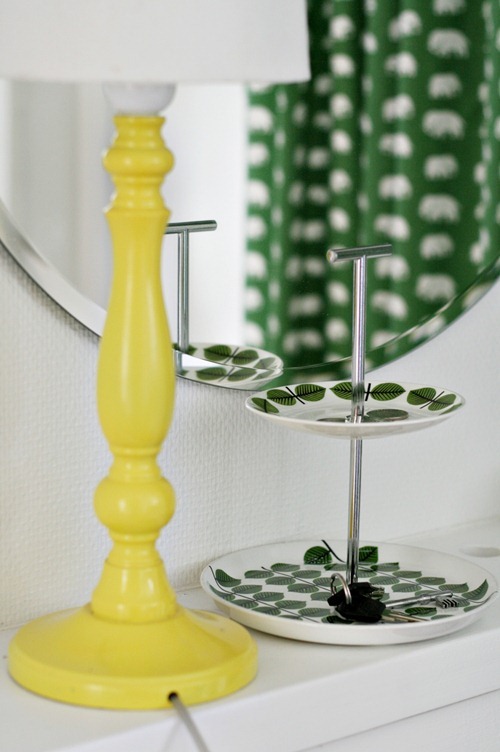 I also made one for the entry hall as a catch all. This one’s made with Berså plates. 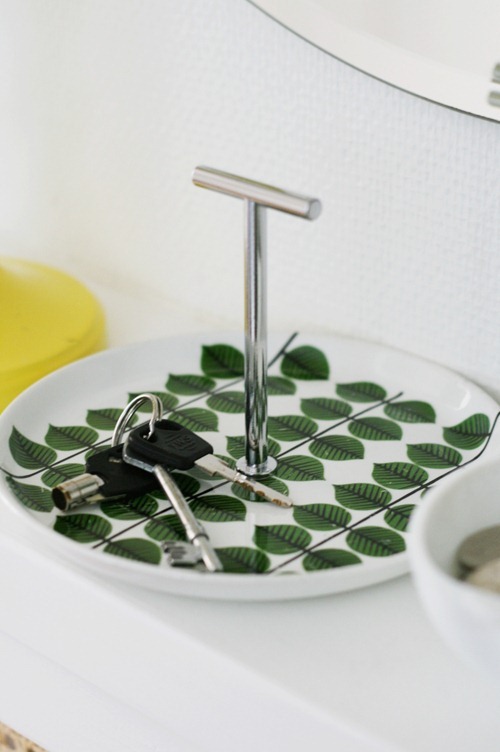 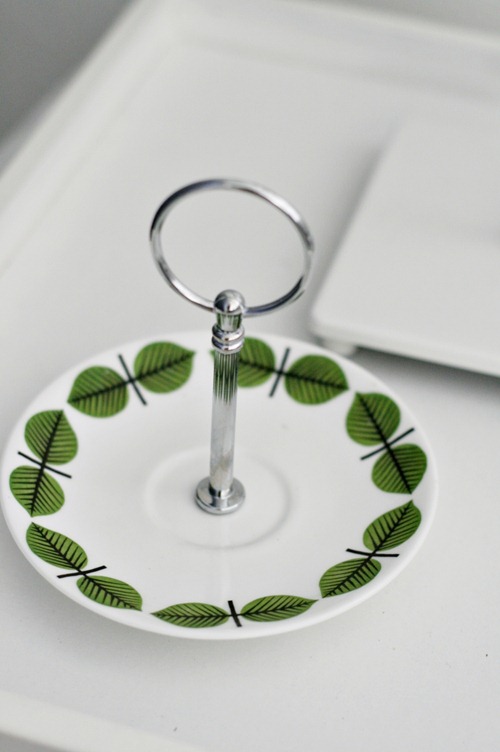 I quickly revised it though to only have one tier and the top tier became a really cute tiny one next to my bed.