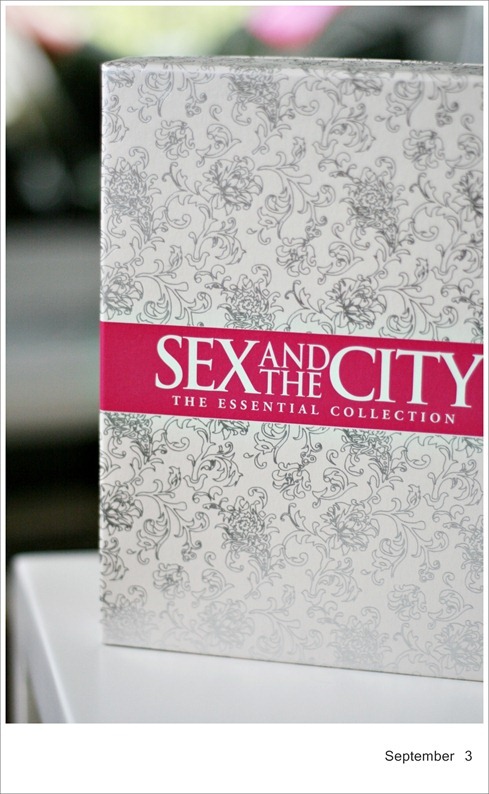 I must be the only female on the planet who hasn’t seen SATC. When it started back in 1998 we didn’t have the channel it was on and then when we got it I never bothered because I’d missed some seasons. Found the Essential Collection on sale and figured I would now finally know what everyone’s been raving about ever since. I have to say after having seen the 12 first episodes, I’m not yet hooked. I might not girly enough? 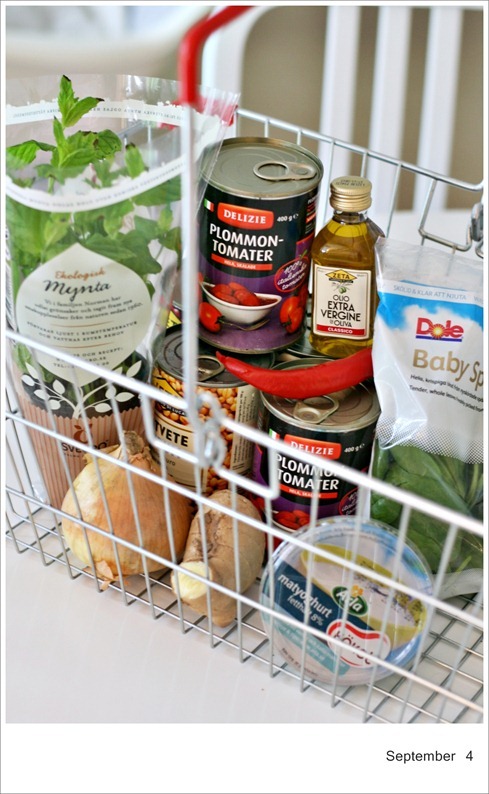 I accepted an offer of some free canned plum tomatoes by Delizie not realizing that the nice PR people actually sent me groceries for a whole meal! Have yet to cook it and I might not use the recipe they included (too may beans for my IBS belly) but I look forward to trying the tomatoes out and many of the other ingredients will come in handy too. And the basked the whole thing came in is great! Tack Delizie! 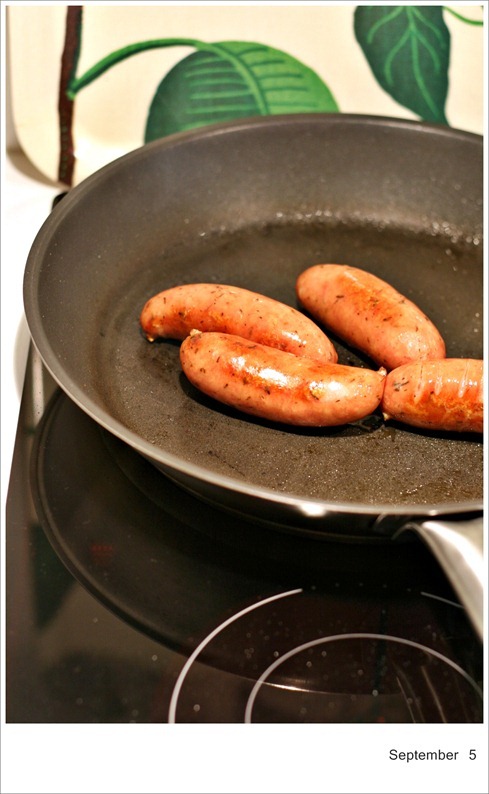 Speaking of cooking, I’m not big on meat as in steak and such but I love sausage. In the pan, Salsicca. 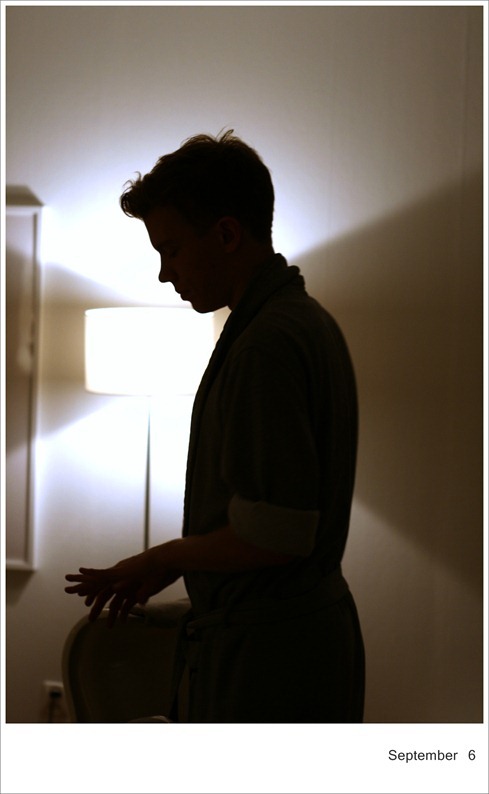 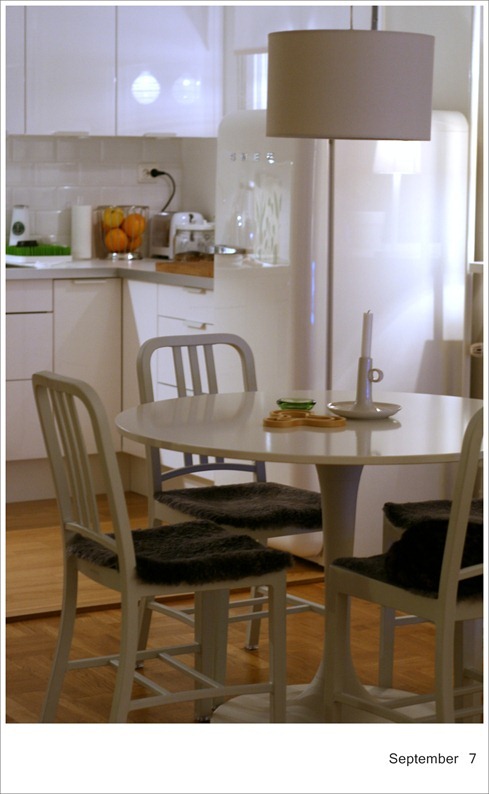 Evening in the kitchen. I’ve been forgetting to take photos this week and have remembered when it’s already gotten dark. It’s getting darker by the day. The sun rises at around 6 am and sets at around 7.30 pm. 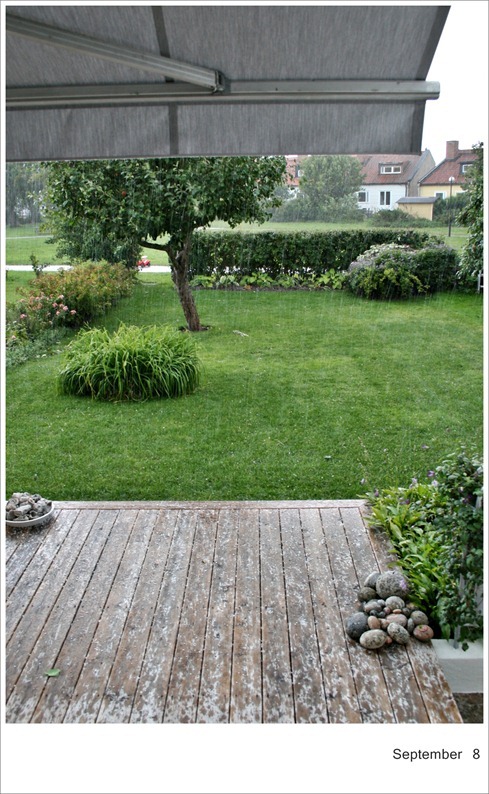 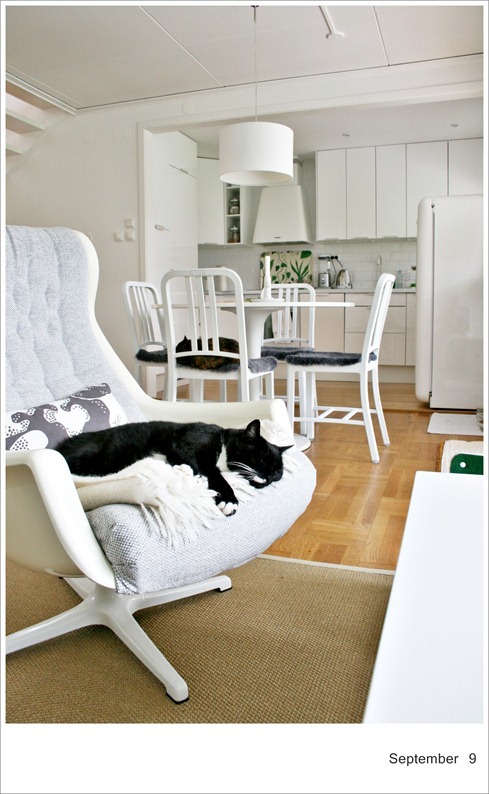 At least someone’s sleeping in on Sunday morning. Wille and I got up at 4 am because he was helping out at a Bike race in the city and I wanted to keep him company in the morning. I didn’t go back to bed like I had planned but instead Mini and I did spend the morning snuggling under a wooly blanket in front of the TV.

That was my week.