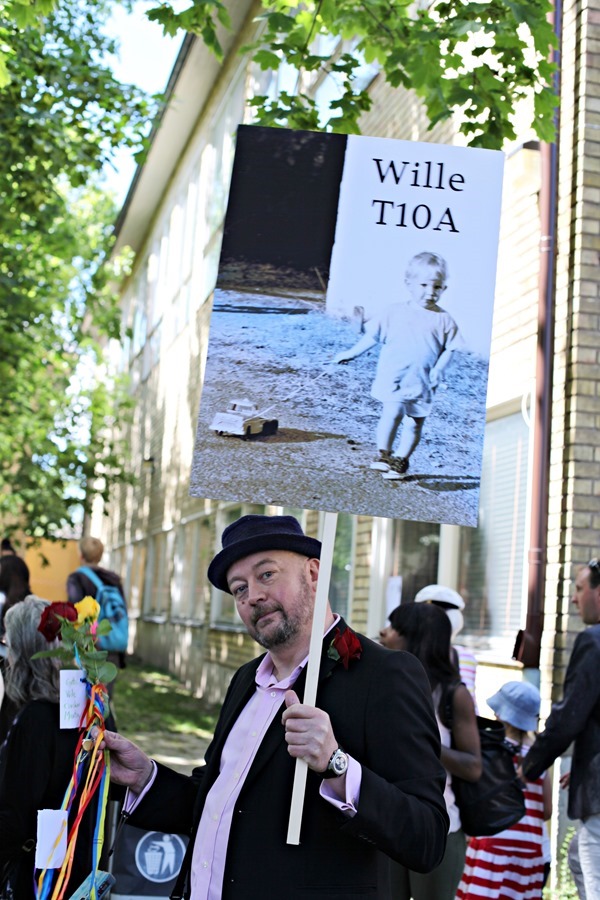 So Wille graduated last Wednesday! Tradition over here is that family members gather outside the school to greet the graduate with a sign with a photo of the graduate as a baby, toddler or child. I dug out this black and white photo and had it printed. 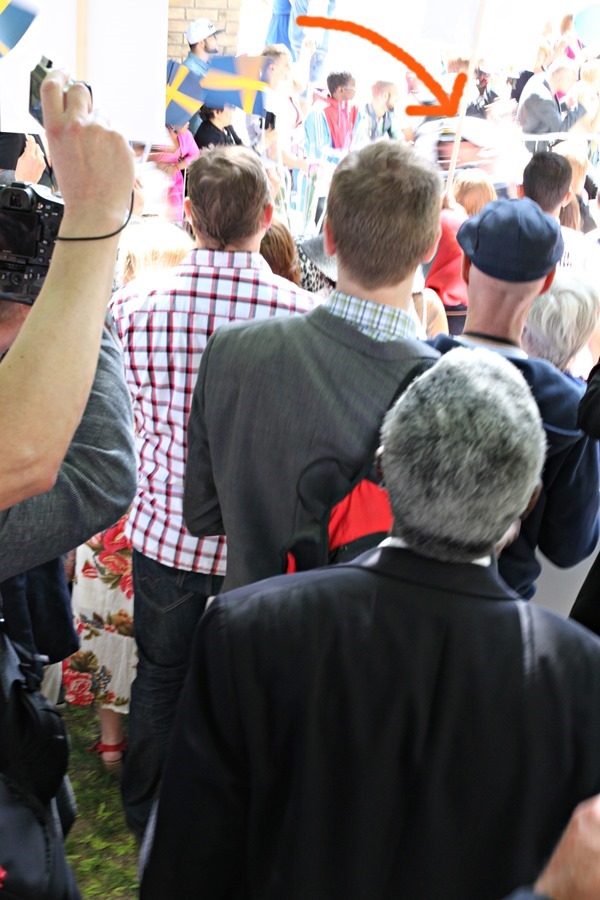 At Wille’s school, which is quite a large one, 15 classes graduated at the same time which resulted in quite a crowd outside with at least fifteen hundred people. There isn’t an auditorium large enough to fit all the families so the ceremony took place while we were all eagerly waiting outside for them to run out of the school gates. The running, “utspringet”, was class by class and there were signs in the school yard where each class then had it’s area so we could find each other afterwards. I tried hard to snap a shot of Wille running out of the building but this was what I was able to get. No idea if that’s Wille by the orange arrow or someone else. It was a bit like the running of the bulls in Pamplona actually! 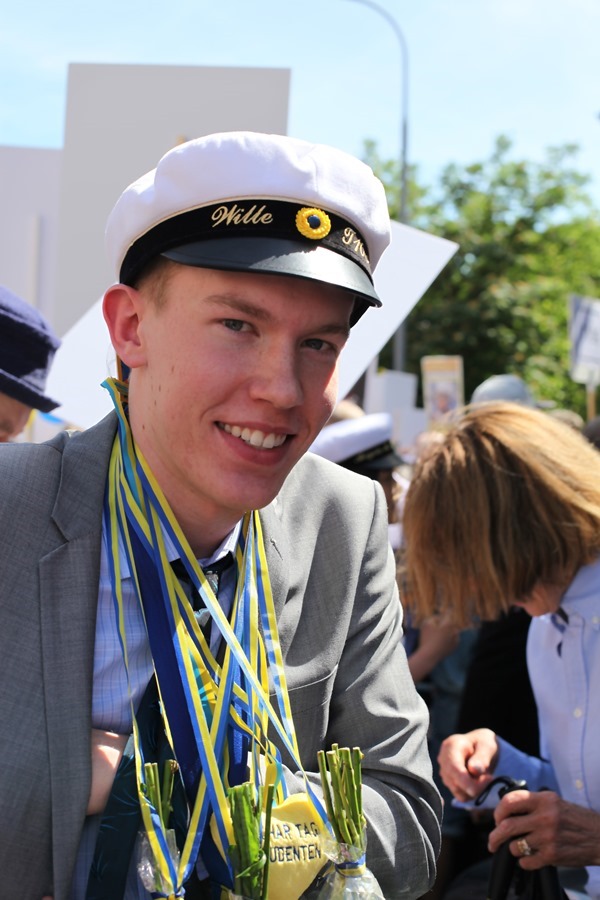 But there he was finally! Also tradition is that the families and friends hang things around the graduate’s neck. Wille was weighed down by several bouquets of flowers, noise makers, other knick knacks and champagne bottles. 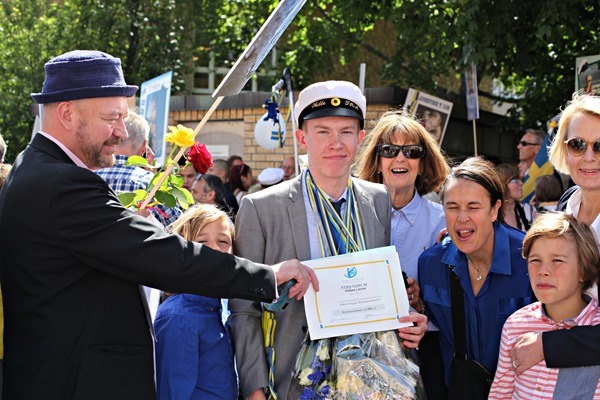 Here we are minus me holding the camera and uncle Peter who came to our house a little later. Proud family. Even more so when we found out that Wille had received a 6000:- merit based grant for his good grades. My boy! 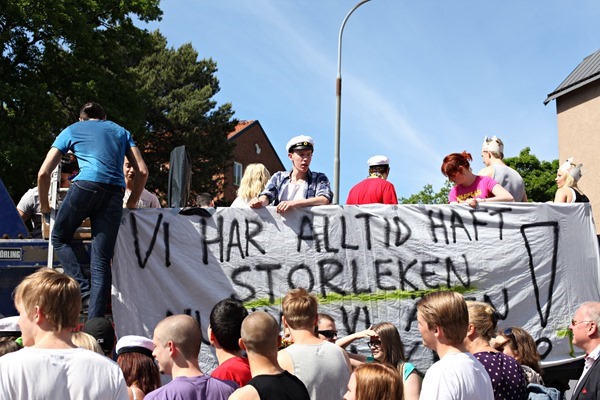 Another tradition here in Sweden has been to pick the graduate up in a fancy car or other dressed up vehicle which takes them to the reception where families and friends wait. That was the case when I graduated back in the stone ages (1983 to be more specific) anyway. Nowadays the class gets together and rents a big truck together instead and has the driver drive them all around town while they’re partying at the back… 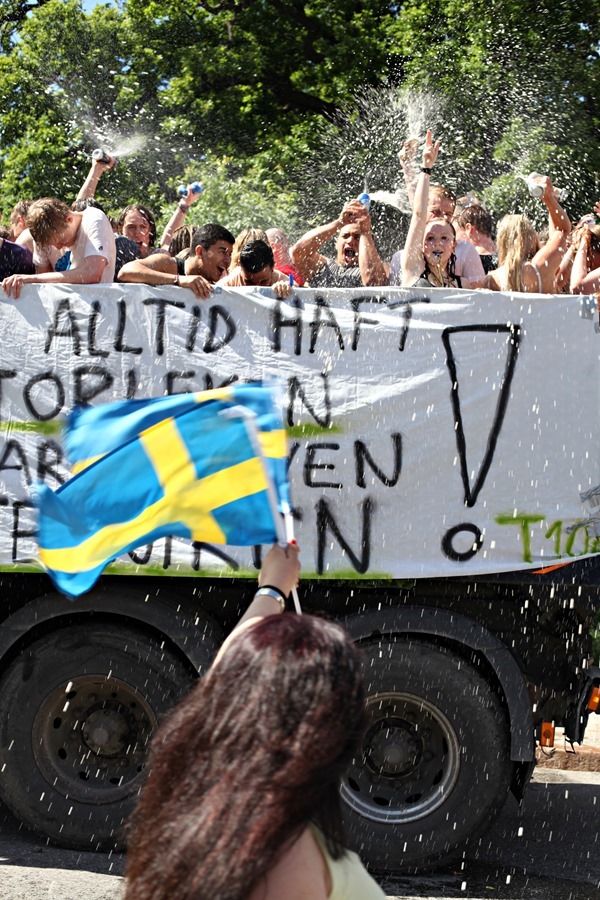 Like so :). That’s where the noise makers come in. And yes, Wille’s somewhere in there drenched in beer. 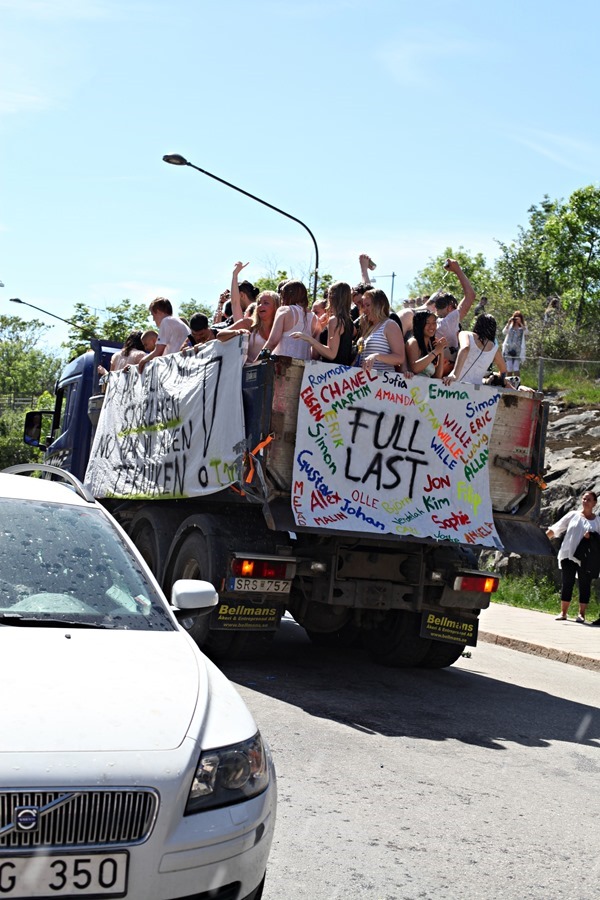 And off they went! Hooray!