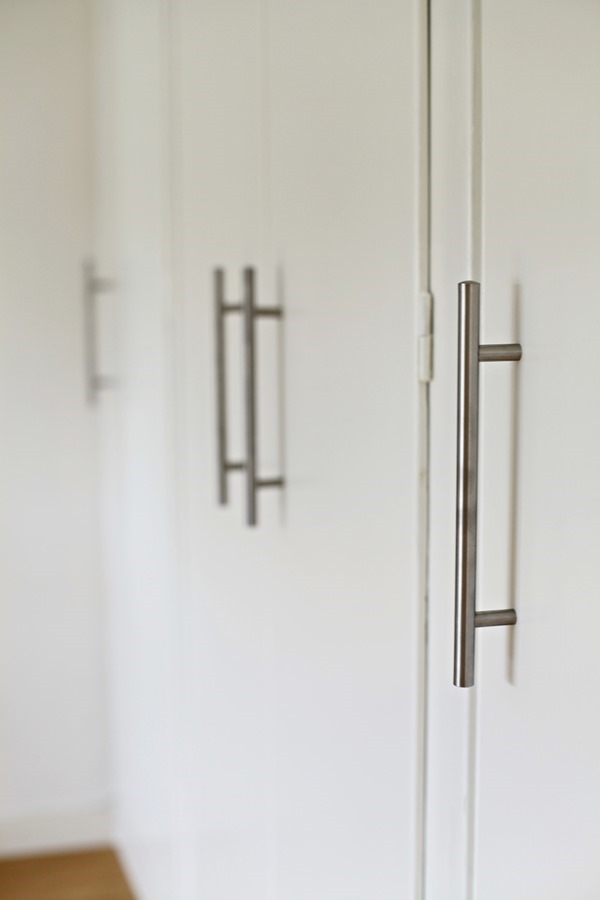 Done! Or should I say handled?   Remember this post where I used washers to cover up the flaking paint on Wille’s closet doors after removing the old knobs? Well while the washers did a good job covering up the flaking wasn’t the only thing that bothered me about the closets. When I tore up the old floor I had a couple of tears to the trim which wasn’t looking very pretty and that new baseboard also wasn’t great looking, not being pure white with visible nail holes.     So with Wille away for a month I took the opportunity to remove the doors, patch, de-gloss and paint them and the frame.   Luckily the weather was still warm and sunny the first week of September so I could do all the sanding and patching outside.   And now I’m happy with the finished result. Wille probably won’t notice but I love that it’s finally done and so much cleaner looking. Still one more project in his room which I hope to get to before he comes home. It’s behind that wallpapered door. 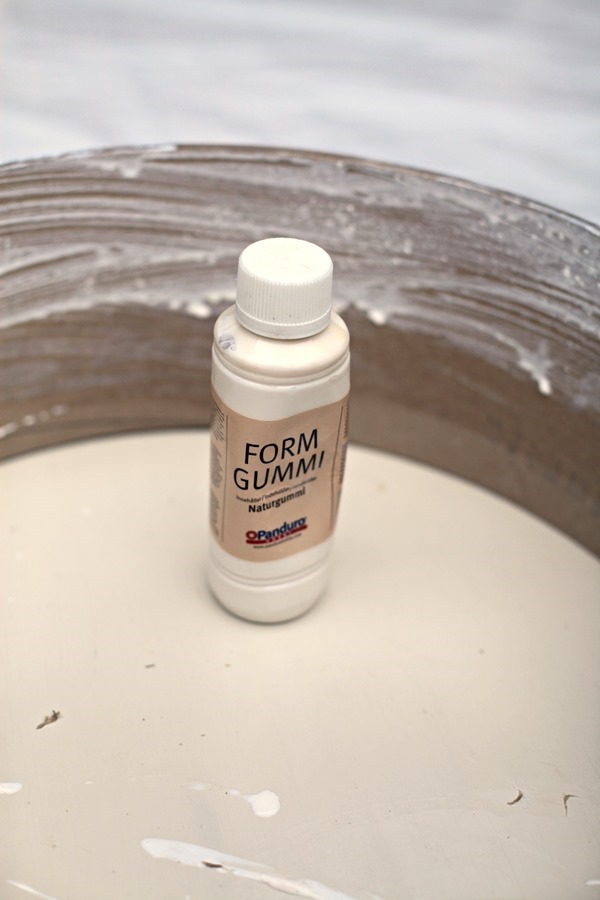 So if you read the first and second parts on my summer concrete project you might want to see the final result. If not skip this post, I totally understand if you’re sick of all the prep work. Anyway, I started preparing the cardboard tube by giving it several coats of this natural rubber solution. It prevents the cardboard from getting soggy from the wet concrete and to prevent cardboard remnants to stick to the finished product. To be honest I think I could have skipped it for this project. 1. Because the cardboard was so thick. 2. Because you wont be able to see the sides of my finished product. I had some left from way back when i did those other projects so I decided to use it after all.   I wanted to prevent the wet concrete to escape under my tube so I stuck it down to the back of an old door with duct tape. them I hot glued my numbers to the door to prevent them from shifting when I poured in the concrete. I triple checked to make sure I put them in correctly, upside down! Making a backward 72 would not have been a pleasing end result.   Then I mixed the concrete. I don’t have a mixer so I just used a shovel in a bucket. The proportions are on the bag but I tend to make it slightly more watery so it pours more easily and evenly.   Then I filled all the voids around the numbers carefully, making sure I got concrete in all the little nooks and crannies.     I was a bit worried that my construction would become brittle with the 2 and 7 almost touching and possibly be too thin so I decided to reinforce my slab to be with some chicken wire and fill with concrete over the numbers.     I poured some more concrete to immerse the chicken wire and then lidted the door at one end and shook it up and down a bit to remove most of the air pockets.     My creation was laid to rest for about 36 hours covered in plastic. The plastic prevents the concrete to dry out too quickly so it cures more strongly and evenly.   After it had cured I flipped it over and removed the foam core milk carton numbers by poking them with a knife and taking them out bit by bit.    Because I want the option for something to grow in the numbers I needed to poke out the thin bottom through to the chicken wire which I did with a big screw driver and a hammer.   The not so pretty back side as I was peeling off the cardboard tube.   To let the slab cure further it must be kept moist for another 24 hours or s so I sprayed it with water and wrapped it in the tarp it was on. Please excuse the shoddy photography in this post but the sun was merciless.   Bonus modeled my finished product as I was trying to determine where exactly to place it. See Bonus smizing?  And here it is! For the moment I just transplanted some grass into the numbers but I might switch to tiny pebbles or possibly some of that creeping thyme that you can step on. Now I just mow over the slab with the lawn mover but if I do thyme I might have to trim with scissors. Too much of a hassle perhaps. I'll keep you posted! Anyway, I think it turned out pretty ok and when the grass fills in around it will look even better. 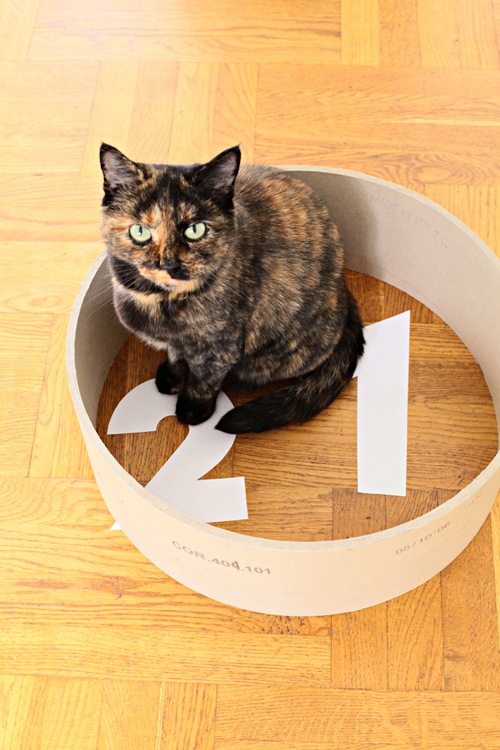