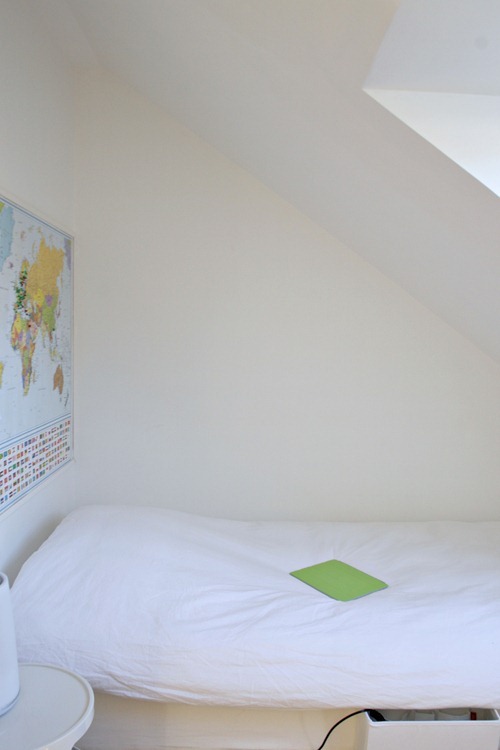 Wille has a sloping ceiling in his bedroom as you may remember and since we got Netflix he likes to watch a movie on his iPad before going to sleep and asked if we could mount his iPad to that sloping wall.  I think he saw it somewhere online but I’m afraid I don’t have the original source for the idea but it’s a great one.

It’s so easy actually. You take four hooks where the actual hook itself is deep enough to accommodate the edge of an iPad.

Then you measure where you want the iPad and mark where the hooks should go. I did the bottom ones first, screwed them in, leaned the iPad on them and then marked out where the top ones should go and screwed those in too. 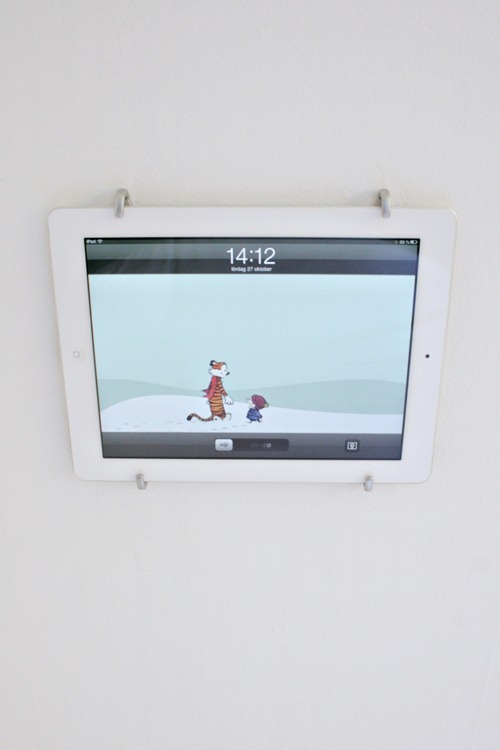 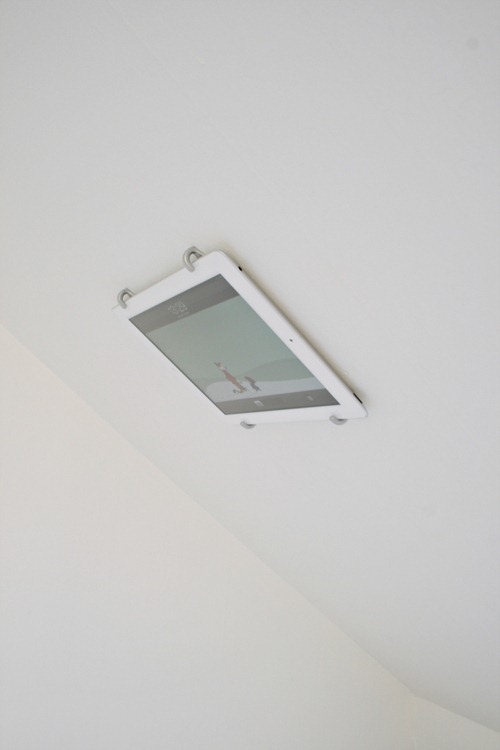 Then it’s just a matter of sliding the iPad in from one end and hey presto a wall mounted iPad holder. 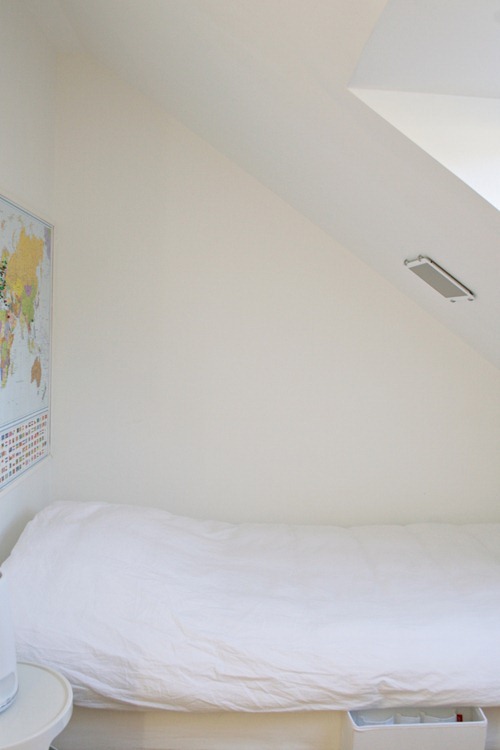 Ps. These photos were taken with my old camera last weekend.