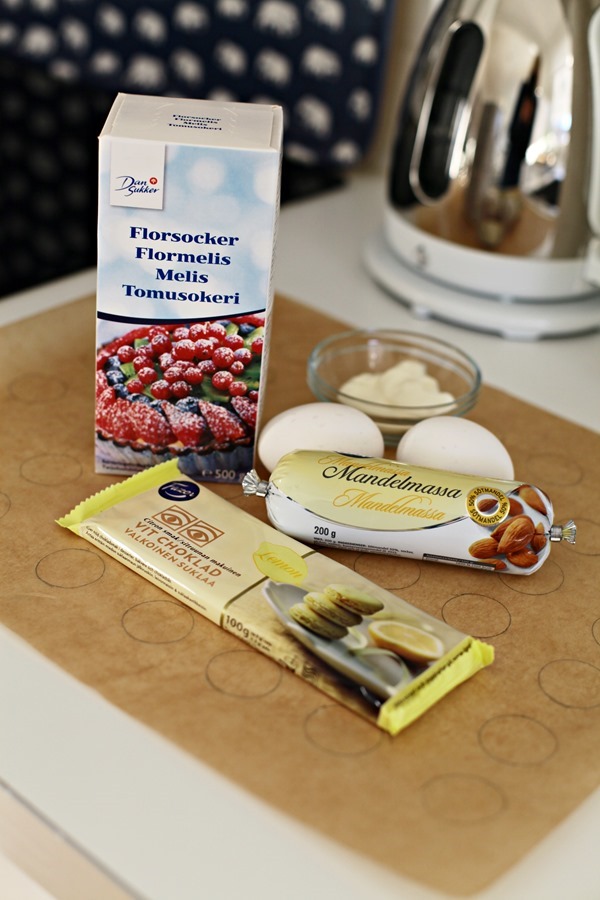 As you know I’m in bake mode and I’ve been wanting to try making macarons.   I used a coin as a template to draw the round shapes on my baking paper which I then turned over so I wouldn’t get pencil on my macarons.   I mixed the ingredients of a basic macaron with a bit of lemon added to it and piped the mixture on to the circles. I know, not the prettiest sight, it was all kind of runny…   They did puff up nicely in the oven though but sunk slightly after I got them out. And they are browner than they’re supposed to be…   And some are double. Luckily I could pair those together with the lemon white chocolate lemon cream in between.   Not the prettiest and most even macarons you ever saw but Wille sure approved.   As a first attempt I give them 3 out of 5. 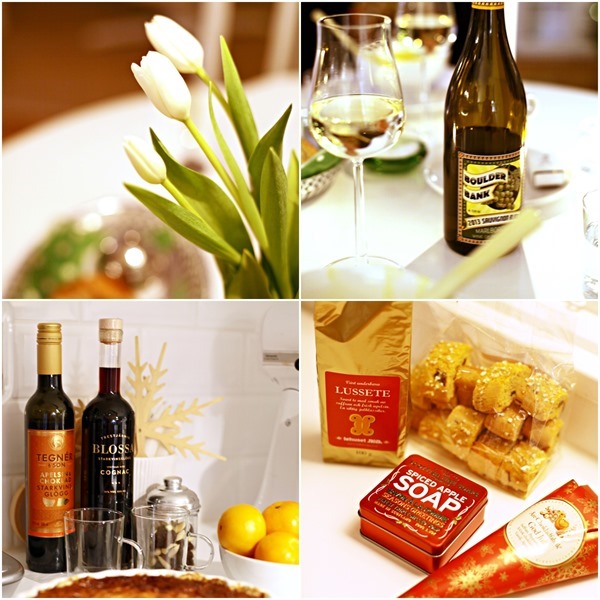 Last week was busy at work and when the weekend came I was SO happy. On Saturday Anne came over for dinner and it felt really quite Christmassy. As I’m writing this it’s raining but I don’t really mind, I’d actually prefer if we didn’t get any snow this year, everything’s so much easier without the snow to be honest. This week I’ll try and finish off my Christmas shopping, only a couple of little things to get and then I’m all done. Then come the fun bit, wrapping it all! Have a good week! 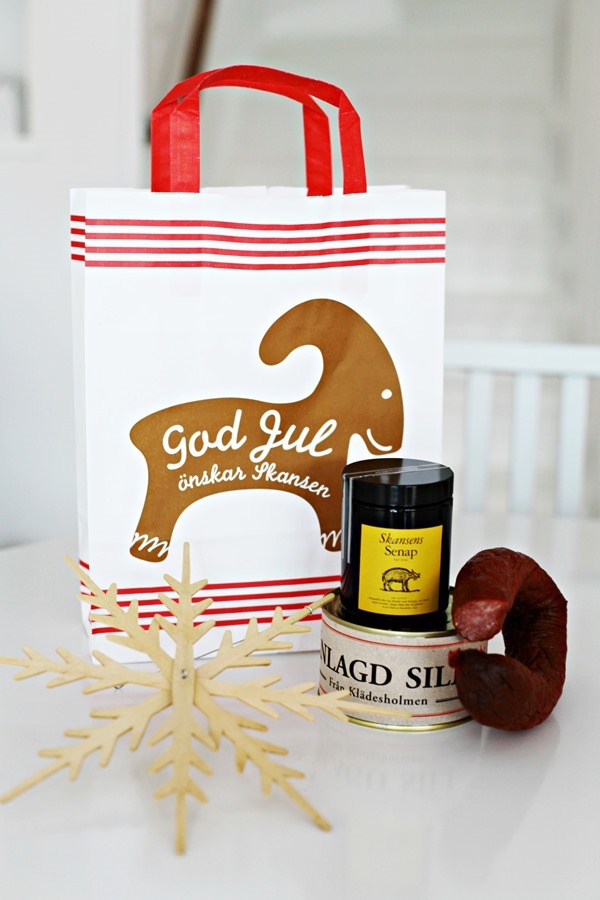 Going to Skansen on Saturday was to get Sanna and I into Christmas mode. It’s hard be belive it’s Christmas in less than two weeks. We do have snow now and it’s been freezing but I for one hadn’t really gotten into Christmas mode until the Christmas market.   It’s so pretty at Skansen. It’s obviously aimed at both locals and tourists but it’s not touristy if you know what I mean it’s done so tastefully and beautifully.   Here’s the stall where I bought the can of pickled herring in the top photo. How can you not buy from there?     And speaking of fish, this was lunch. “Sotare”, herring smoked over the open fire on a piece of crisp bread. Mmmmm.   Aside from the market, Skansen also has a shop outside the actual attraction so you can visit it without paying the entrance fee. It’s beautiful! They sell Swedish Crafts, design and traditional food items. This shop is open all year around btw. Anyway, that’s all from Skansen. I’m now fully in Christmas mode and will be wrapping gifts later tonight, watching the Holiday, a Christmust.